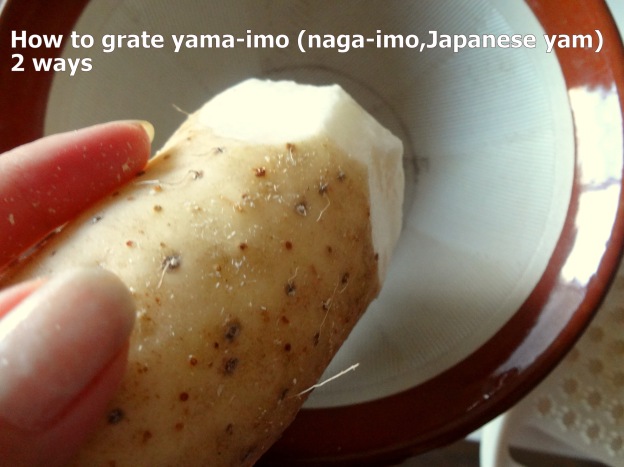 Apparently that’s not obvious when you have not seen it done. So a few photos are better than a long speech.
This veggie nagaimo is slimy and if you peel it it becomes very slippery, and you may get some skin allergy into the bargain. But that’s only after it’s peeled.

You can touch the skin without problems. So with a knife, peel a length of that long potato, or the tip if it’s the round type. Like a pencil, you sharpen it as you need.

Grating the in the traditional way in a suribashi (mortar). and you rub it against the lines of the pottery.

Now you can prepare tororo, okonomiyaki, negiyaki…
It can also be cubed, sliced, etc, eaten raw or cooked. 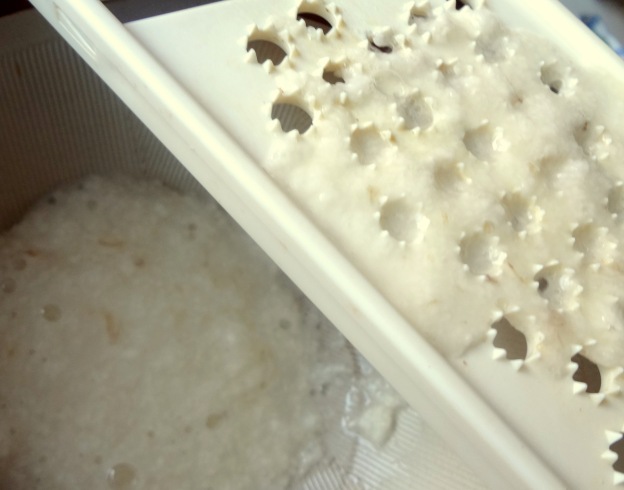 Cauliflower and sesame.
A delicious purée that changes from the classic potato version. It’s extremely creamy nutty and later, it’s very light in your tummy. Ideal for lunch on day behind your desk.

Sprouts of water morning glory around.