Let’s have a cherry blossom tea time to call the Spring.

They are made like these (click here) but flavored by pasted frozen cherry. I’ve let the “bottom” to fill with cream.

I just filled the donuts with cream.

Serve with green tea, under the cherry bloss… er, the rain. But close your eyes :

These blossoms (plum ?) are nice too. The white ones will come soon.

choco-carob raspberry cake
The recipe is roughly the same. It takes 10 minutes, no baking involved. It’s gluten-free and nearly vegan-dairy free (it can be if you have veg’ white chocolate).

The crust is made of these 2 ingredients (one cup of sesame powdered, 1/2 apricot pasted), combined and wet with a little apricot liquor. I added a drop of almond flavor.

The ganache. Wait a day.

The biggest night of the day used to be a fireplace gathering. The family was using the biggest chunk of wood possible. They had to light it at the sunset, and it would last till dawn…
The Black Forest are mountains covered with Christmas trees, well silver fir trees, as they were already there long before Christmas was invented.

When I was a kid, we had 3 Christmas feasts to eat : 24th at home, 25th and 26th, both sides of grand-parents… so that made 3 big Christmas desserts. And two Christmas traditions were competing. One was la forêt noire (black forest cake), round, but decorated with plastic Christmas items. The second was la bûche de Noël (Yule log cake). That was hard to make a choice to conclude this :

It’s a modified black forest cake. That’s a simple biscuit de Savoie, flavored with cocoa and almond essence. I had not the ideal ingredients. I used cherries in syrup, with a neon color. I soaked them in creme de framboise raspberry liquor. The cake is punched with this alcohol too. The layer of cream is light without sugar as the biscuit is very sweet. Topping is regular chocolate grated.

With a few chocolate and cinnamon schowebredele, cousin of these : 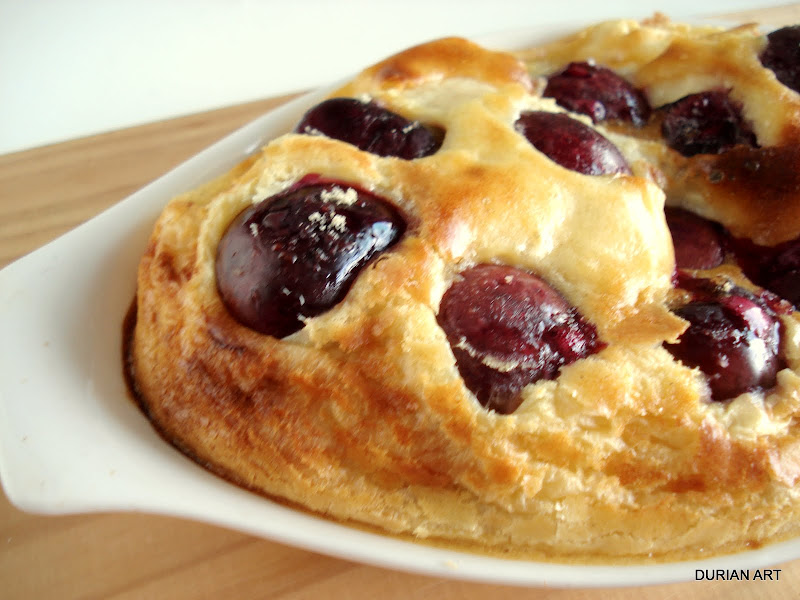 Il était une fois… once upon a time, a piping hot clafoutis was taken on the table. 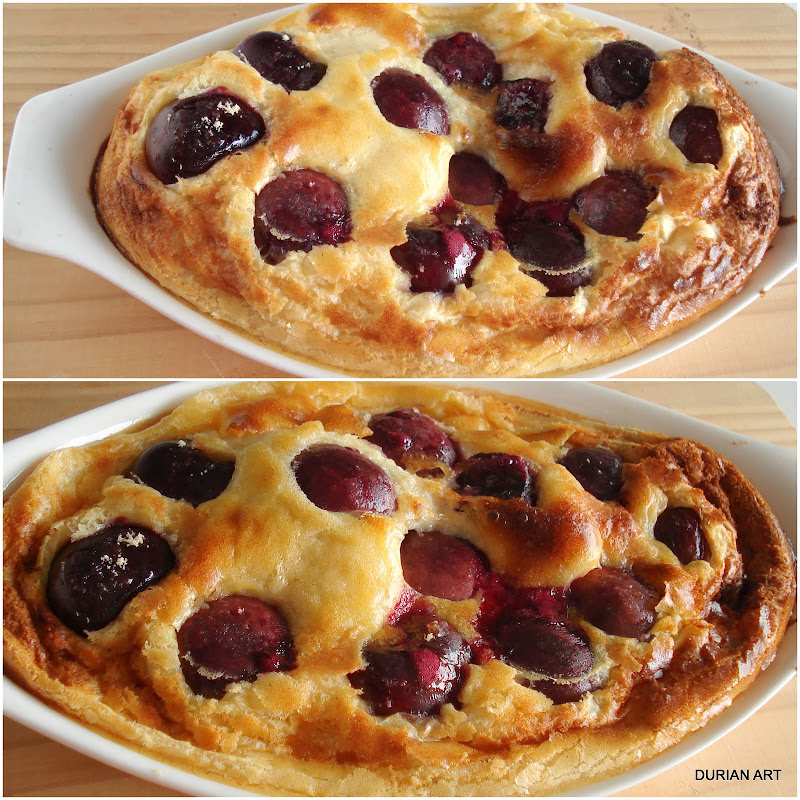 After a few minutes… pfff, it deflates. 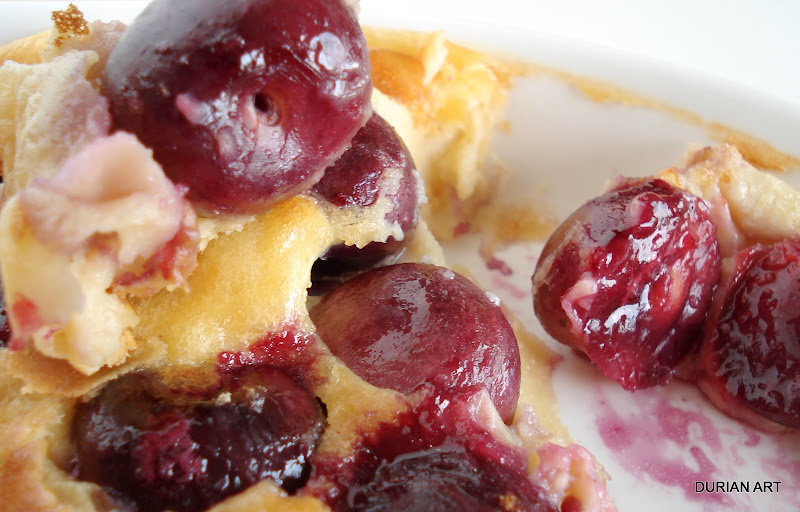 Then a spoon attacks fiercely… 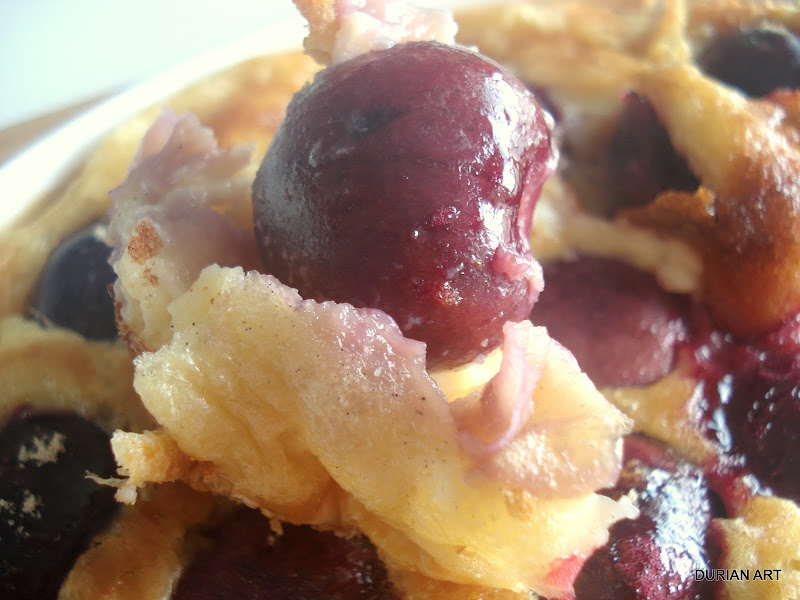 The cherries are whole… 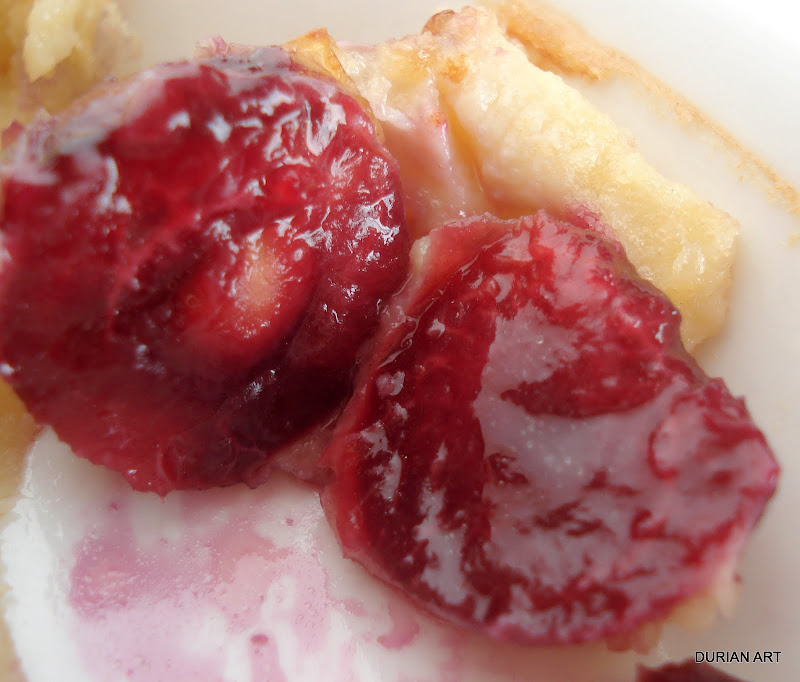 With their noyau… well it’s just their stone in French. just that gives the powerful noyau flavor. If you can’t feel it (no name, but you can read that in the blogosphere), maybe consider stopping the cigarette or visiting your dentist. 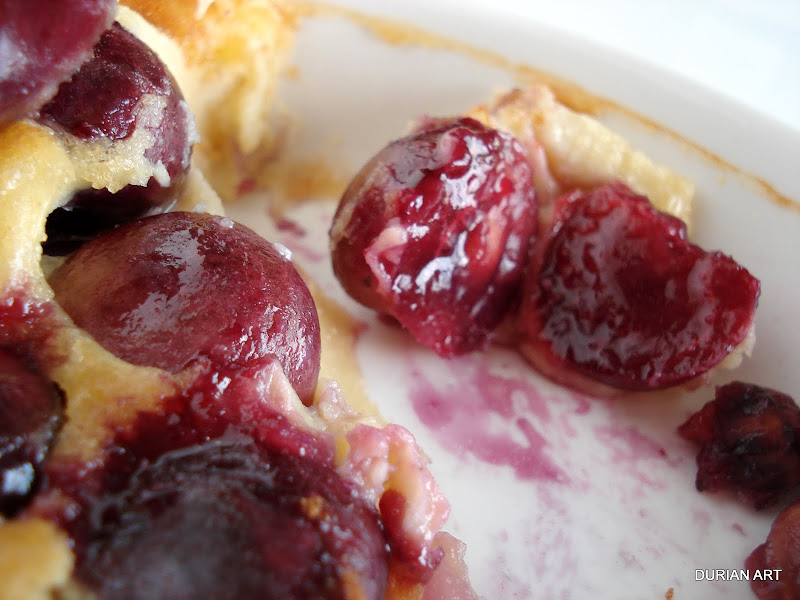 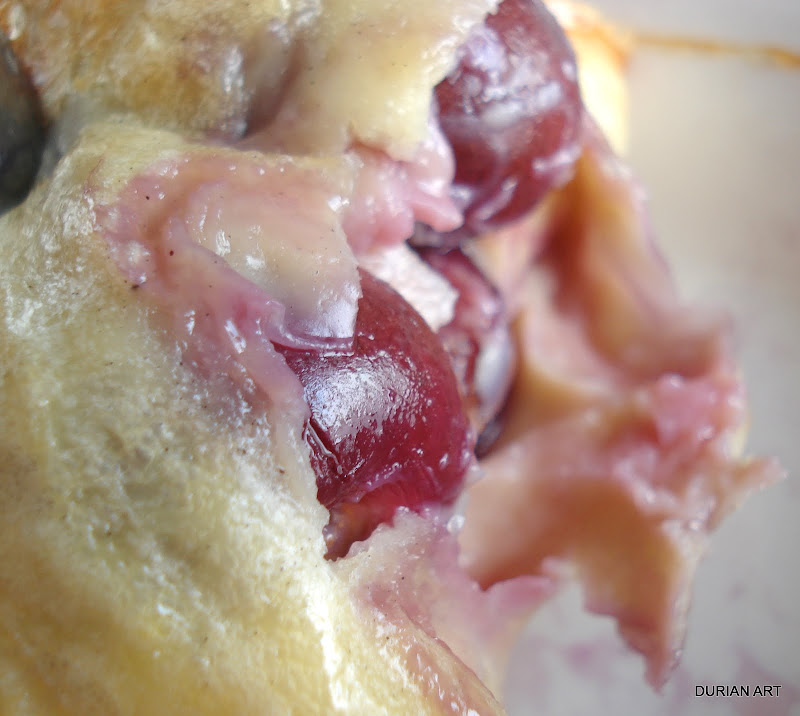 Under it’s a soft flan, so melty.

Let’s conclude with the last cherry under the cake : 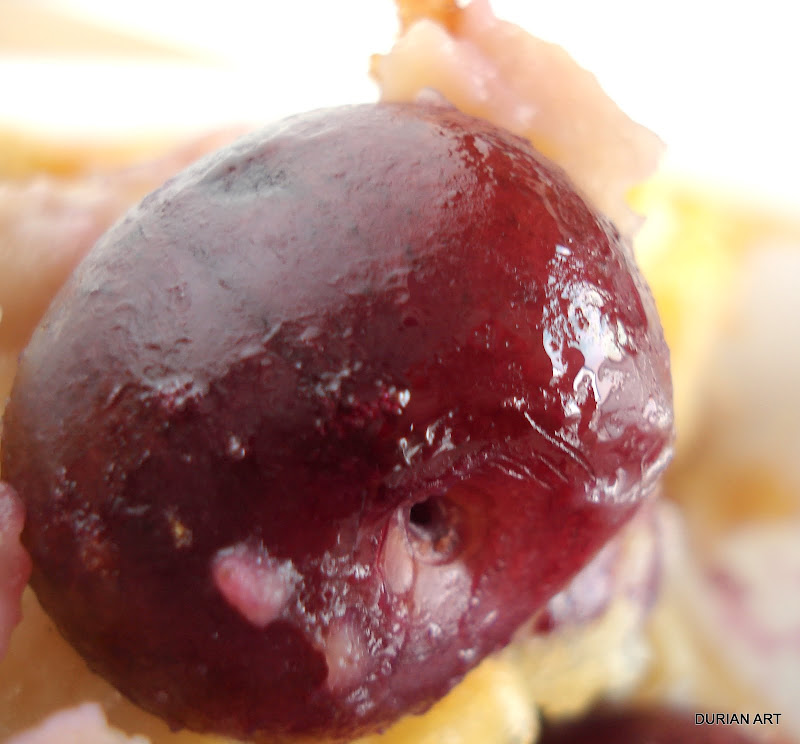 Once upon a time, Japan was a frugal country. Fruits were a luxury. Probably not something expensive, but a rare delicacy. Local fruits are humble for the most, they don't last, they don't travel, they are not a good basis to make wine, jam, juice or whatever… they are not adapted to the supermarket era, and the competition of the bright C vitamin bombs, imported or produced in high-tech farms. Very old people still treat their fruits with a pa … Read More