A long time ago, a very cheerful lady asked if I liked French pot au feu and I said that was not my favorite dish. She was very disappointed as she had just discovered the dish in a “traditional French restaurant” here in Osaka, and she said : “Really I love everything spicy with tomato sauce, chick peas, seafood and hot dog sausages…”. It seems, she ate an original variation for sure that drifts far away from what most call pot au feu in France.
Well, I’ve made it today without the knackies. I don’t know if that has a name. Maybe the Spanish “cocido de pulpo con patatas”, but I don’t see it with sausages. Well, they are not here.
I have the pulpo (octopus) :

I first added pieces of the root, then stalks, then at the end leaves.

Put it in a pottery.

Cover and announce “pot au feu” or whatever name… 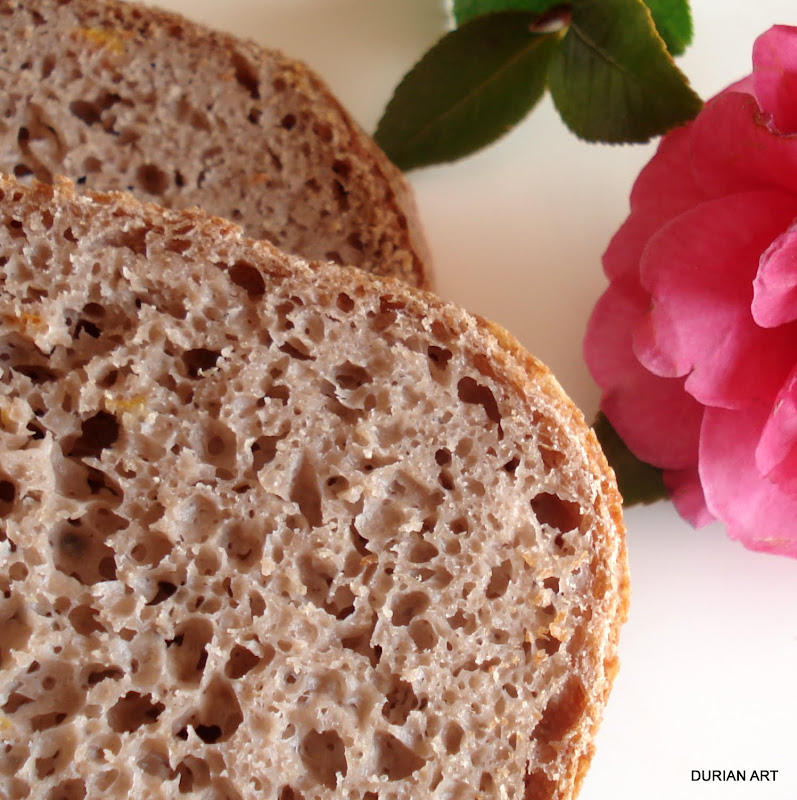 Once upon a blog I saw an appealing Pain au vin épicé et pistaches (Spiced wine and pistachio bread) and I jumped and started making some.
The original can be seen on the blog of Les deux gourmands. It looked like a great good old time bread… to eat with cheese.
What I got is delicious, but very far from that. I neglected two of the main ingredients : patience and time taken to make it. 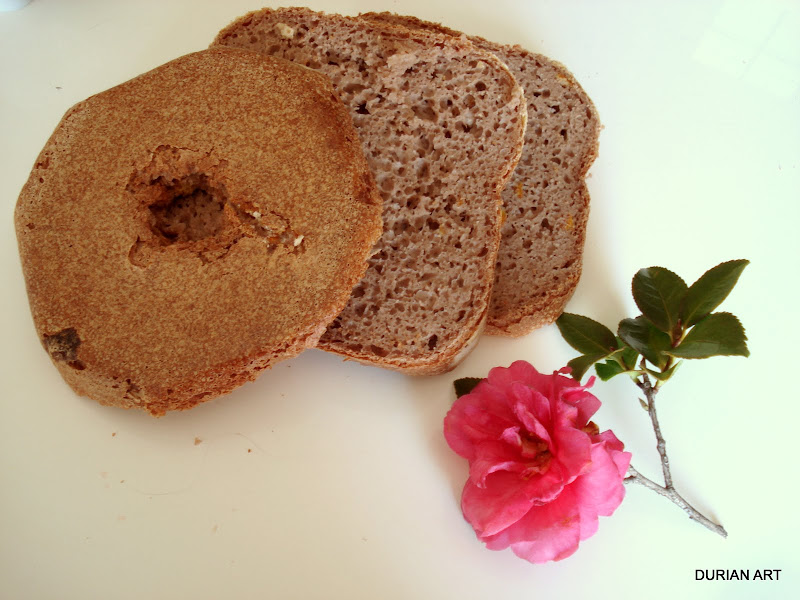 Yep, mine is not so pretty : a hole in square bread… raised less than it should. I’ve let Kiki (the home-bakery) make it. It was supposed to make it during the night.
And I had less wine. I have drunk a good cup of the hot spiced wine. Yummy… but that was the end of the last bottle of red. So, there is less wine.
And I was tipsy so I forgot to switch on the machine at night…. oops. Started it the next morning. 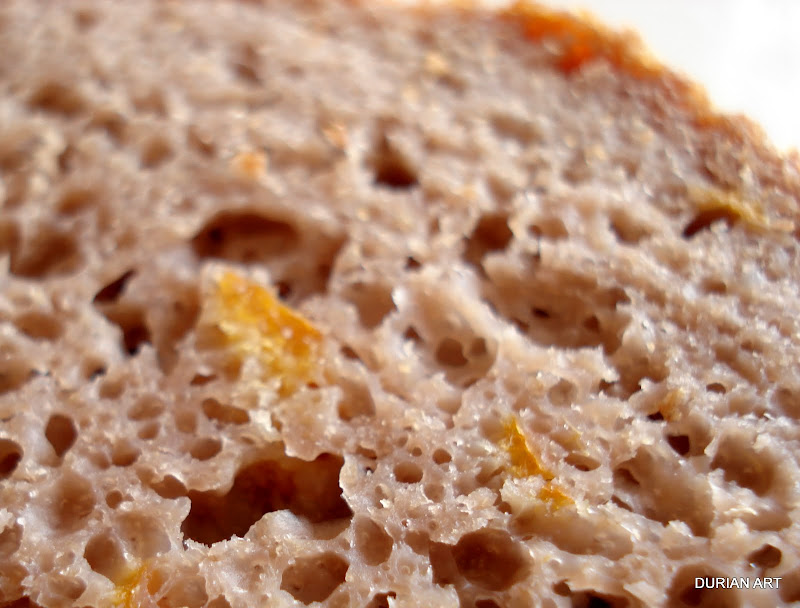 No pistacchio… as the machine smashes them, if you use the program while you sleep. As I put fruits in my hot wine, I put some here. Some home-made candied orange peel. 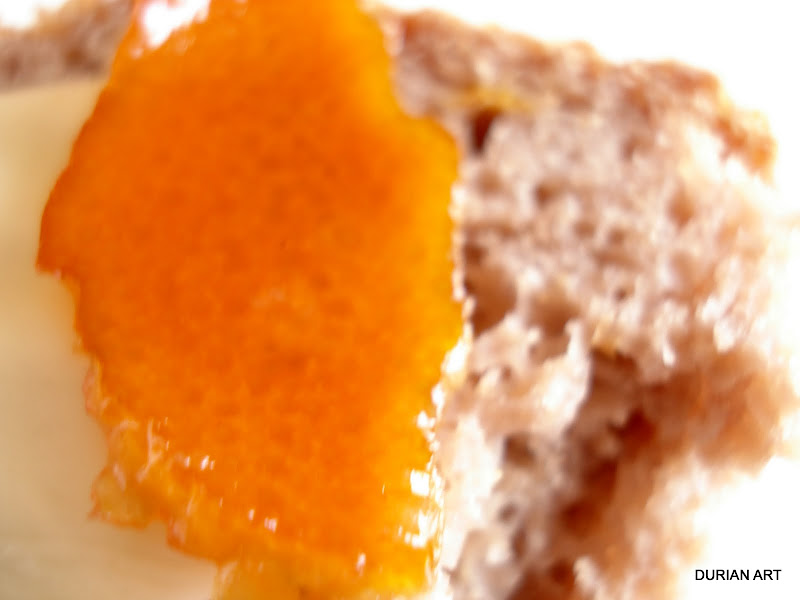 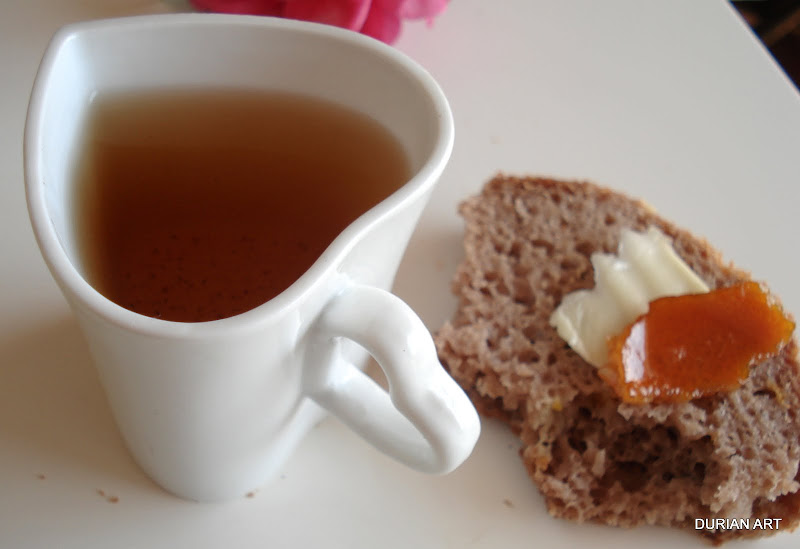 It is a nicely flavored cake-like bread.
It’s great on its own. Or with simply butter on it, but you can add more peel for the photo. 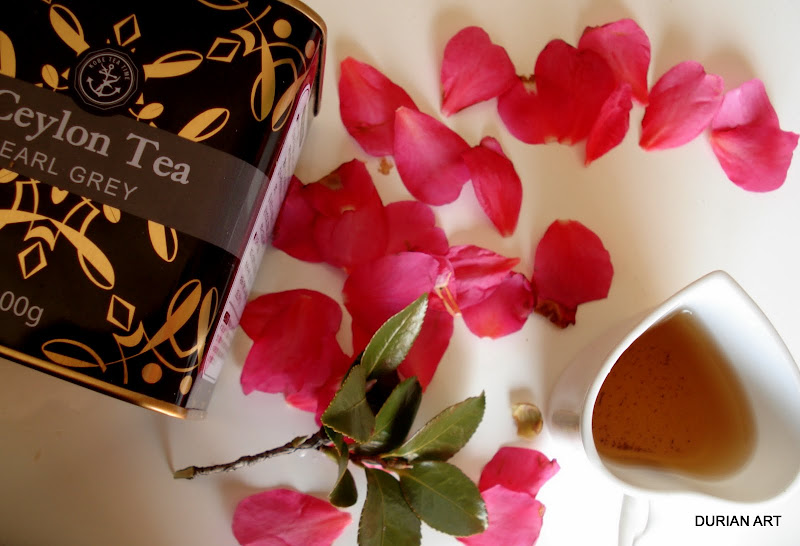 It goes well with Earl Grey Ceylon tea. My camellia fell down at the end of the shooting. Can you see the relation between the camellia and my snack ? 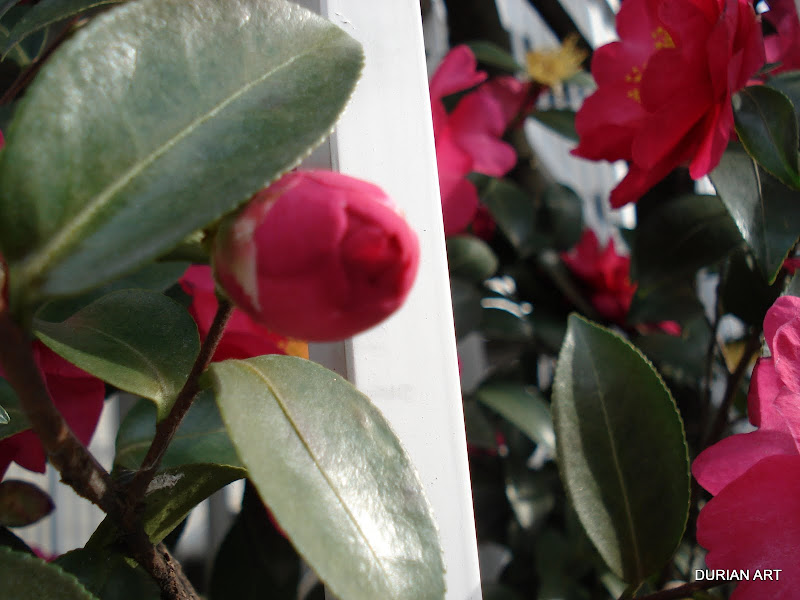 It is the flower of Japanese Winter, I steal some in the streets. They are everywhere. It’s a specialty. Any idea why ?

I’ll make that bread again, with the quick orange version. And I want to try the patient pistacchio one too. En tout cas, Claire et Michel, merci pour cette recette. 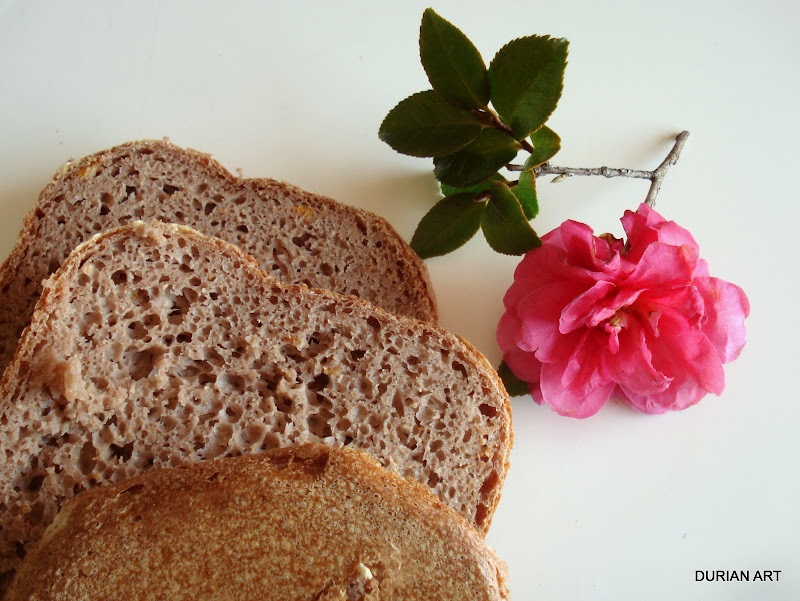 Nonnette a la mandarine, the aux epices.
Today is Saint-Nicolas. In my old town, when I was a kid, that was a very important day. The day of children ! Saint-Nicolas, an old Orthodox style bishop and a mean butcher were around town, parading (a procession that was), visiting schools and any house we knew to deliver either huge bags of sweets, or sticks of wood to beat us. That depending on our taste, hedonist or masochist… or maybe not exactly. We’d all take the edible offer.

In old times, St Nicolas was bringing oranges, because that’s the season -not in my town we had no orange season, so they were imported. In Northern Europe, that was a rare and expensive sweet until quite recently. Other sweets are very old fashion because the tradition started in Middle-Age. There were lots of pain d’epices, ginger bread, well it’s “spicy bread” more exactly. Several types exist. Some are big loaves, like pound cakes, that you slice. Others, the most Saint-Nicolasish are flat semi-hard “boards”, cut in shape of the Saint or of his donkey, or both… and covered by a beautiful chromo (old style print) glued by anise flavored sugar. I posted my recipe in the last post. But that’s not my gouter (snack) today.

I made mikan nonnettes. Orange nonnettes are popular in Lorraine. They are “cup-cake” size tubular pains d’epices, filled with marmalade, and covered by some sticky stuff.

Mikan are mandarin oranges, now in season in Osaka. We are invaded, there are tons everywhere. So it’s easy to chop a few :

Throw into the home-bakery with a little yellow cane sugar and get a “slightly sweet” mikan jam.

For 6 pieces, I took 50 g of black sugar kurozato from Okinawa, a little honey, 1/2 cup of water and melted them together in a sauce pan. Added 170 g of flour (+ rice bran), baking powder and spices.

There are surely “pain d’epices” mix for sales, but powder spices don’t keep well, and you won’t use them for other dishes. I make mine : a small stick of Ceylon cinnamon roughly crashed, the tip of a clove (the stalk is too hard), the seeds from inside 3 pods of green cardamom, green pepper, a little grated nutmeg, anise seeds… in a mill. Keep the pods, stalks…

Add to the dough, add in 2 tbs of neutral oil (white sesame), then enough hot water to get :

Take a muffin/cupcake mold. In each, 2 tbs of dough, 2 ts of mikan jam, 1 tbs of dough. Bake. My oven found 40 minutes was well. I wanted them soft and let them 30 minutes.

You have kept the hard bit of clove and cinnamon, pods of cardamom, add a few leaves of Darjeeling tea (not your best first flush), in a tourist in China cup, to keep it warm. I places the cup on the oven. It doesn’t simmer (yuck !), just longly infuses.
Later, when the cakes are done, you get a warm mild spiced tea. You can even refill later.

Finishing the nonnettes : take the juice of 1/2 mikan, eat the other half. To the juice, add icing sugar and corn starch (1 tbs each) or if you prefer sweeter, only sugar. Mix well.
When you take the cakes out of the oven, they are very soft. They harden in a few minutes, so wait. But not too much as you want to paint them with the mix while they are still warm. Let them dry.

You can eat them the same day (while many other pains d’epices are not good just after baking). But they are better later, as spices develop flavor with time.

For the Gattaca-Avatar effect, I tried some LED light. That doesn’t affect the taste. They are delicious…