Bake a nice bread loaf, and enjoy a a simple but delicious fresh lunch…

The fromage frais (fresh cheese) is home-made. The new onions have been salted, let a while and rinsed, so they are still crunchy but have lost all harsh after-taste. The favas (broad beans) make the Spring.
Mmmmm…

A simple lunch with flavors color, and a little butter.

The shrimps are cooked in butter with a little shoyu (soy sauce). That gives a rich flavor. This combo has become a new classic of Japanese cuisine and is often used with seafood.

The soba noodles have been reheated in the rest of shoyu butter sauce.

The mujin yatai is like a market stand, but without anybody there to sell. They put a bank box. You take a bag, you put a coin. I think that’s a good idea. Usually, they sell veggies, for a really low price. In the suburbs, farmers and amateur gardeners have some times too much produce for their family, so they do that. It’s rarer to see such stands in the city, but a nearby restaurant has one. They propose all the veggies and fruits they received in excess. So I pass there regularly… Yesterday, I took 2 bags :

And a few fresh onions.

These pods, with “red favas” on the label.

That’s the first time I see some. I had no idea if I could eat them raw. We do it with the green ones and they are slightly toxic… Well I slightly salted them and boiled them in the pods like edamame.

Inside, the beans became nearly black.

…chicken liver. Plus a little soy sauce and chili paste.

Ful… I mean foul/ful, in the good sense, like : 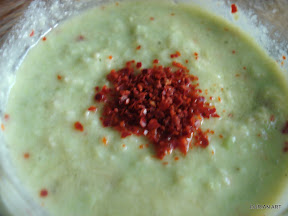