An Indian brunch maybe not so Indian… Well, dosa is the pancake from India, but this recipe has traveled via Canada, it seems.

This month is a retro challenge, as we had to pick an older one we had not done yet, so mt choice was September 2009’s Indian Dosas (Vegan Style) :
Recipe here.

The 3 elements : curried chick peas and veggies, dosa crepes and the coconut sauce.

The curried chick peas with shishito peppers and kabocha pumpkin.

The coconut gravy with a shishito pepper and a little bit of habanero pepper.

I made the dosas with plain flour. Well, that’s easier and quicker, I prefer rice and lentil dosas :

So let’s fill the crepes…

The name would refer to hashing, the meat, the veggies…

Many greens for this lunch okonomiyaki. OK, I admit it, that was a way to empty the veggie box in my fridge. And the result was delicious.

Of course, it is base on shred cabbage. Lots of it in the batter. I’ve added an egg too.

Onions, green peppers and avocado stir-fried together make the filling. It’s original, but that works perfectly.

The “tarte flambée” is made with creme fraiche in my place, cottage cheese in other areas. Toppings are onion and bacon bits.
What did I have ?

Onions, white ones. The sauce is yogurt blended with cream cheese that was getting old and dry. I had to finish the cheese. The white mix was very liquid but dried a bit too much. If I had to do it again, I’d add a little butter or oil in it.

No bacon in view…. I flavored it with 3 peppers freshly grounded : pink, green that you see in the mortar and black that has its own mill.

The dough raised a lot, but it was very crispy under. Well, with a little white wine, that’s a good dinner.

Let’s break the bread crust and the meal starts… Casser la croûte, breaking the crust is eating for the French. That’s the magic : close your eyes. Your are in a French farm in the timeless era of fairy tales. There is a herd of unicorns grazing in the field…

Break the bread and put food on it…

That’s a meal. No, I forgot to take photos of the wine.
At our farm we make everything from scratch… but not the wine.

Flavored with apple, Italian parsley (despite the name, it’s not foreign at all in France, it’s persil plat, the common flat parsley). Of course, a cider vinegar vinaigrette.

(to go to the posts, click on the text not the photos)

I hope you enjoyed the visit !

Can you imagine this tartine de paté without cornichon pickles ? That would be so sad…
No pickles in the cellar. No cellar in this building actually.
What’s a girl to do ? 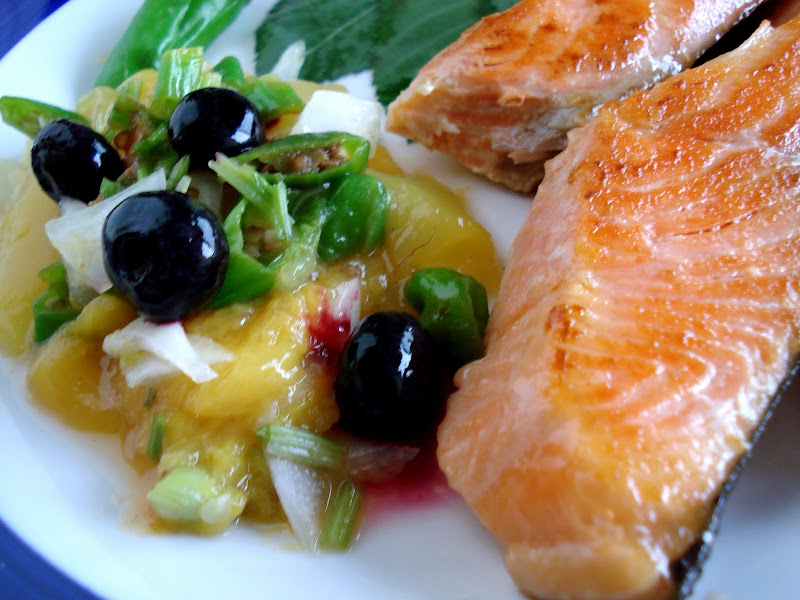 It’s a recipe given on the blog Truth 2 Being Fit. The original tittle was “salmon with blueberry mango salsa”. A bit crazy as mangoes and blueberries are unlikely to grow at the same place and time, but why not ?
Thanks for this recipe. Quick to prepare and tasty. 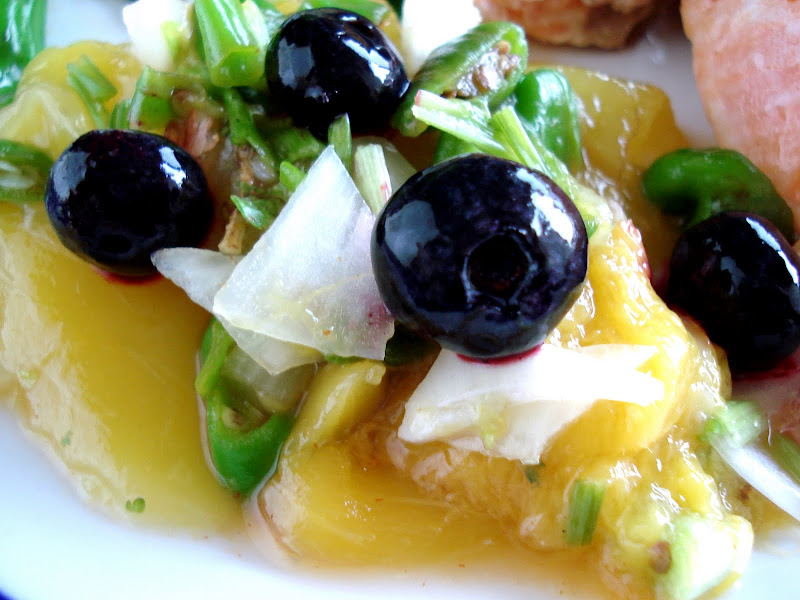 The originality of the salsa is the combination of mango and blueberries. It’s very good, really. But… a little but. My vlueberries were very good on their own. Still in the salsa, they become decorative, you don’t feel them much as the mango and peppers dominate. 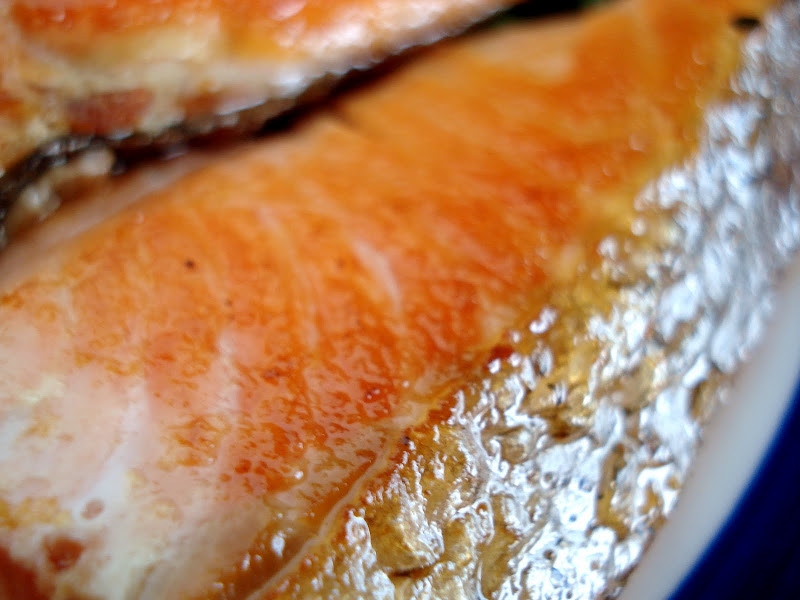 The salmon trout is pan-fried in its one fat. Crispy around. Miam !

As a side, couscous. I found some super fine grain from Tunisia. Really tasty. In it a few dry fruits (raisins, gojis) and a little butter.