A South French Sunday lunch. Think about a dinner, enjoyed slowly between noon and 5 p.m., talking and eating food cooked by the grandma.

The roast : A chicken baked inside a salty crust, with lots of perfumed herbs.

It gets very tender.

The zucchini that believed they were bananas.

Colorful Mediterranean Summer vegetables. They must be full of vitamins.

Layered, then baked. Tian is also the name of the pottery in which this dish is baked.

Teaser about the dessert (to be posted soon) :

Vote ! Or make a huge batch so you can eat both.

Well that’s nearly a classic ratatouille. Except that I skipped the zucchini. I had none. 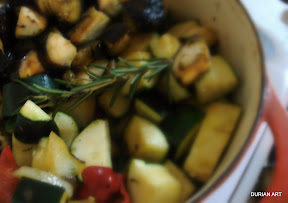 It’s delicious freshly made, piping hot. And cold too. That’s great as there are few dishes that are as delicious at all temperatures. 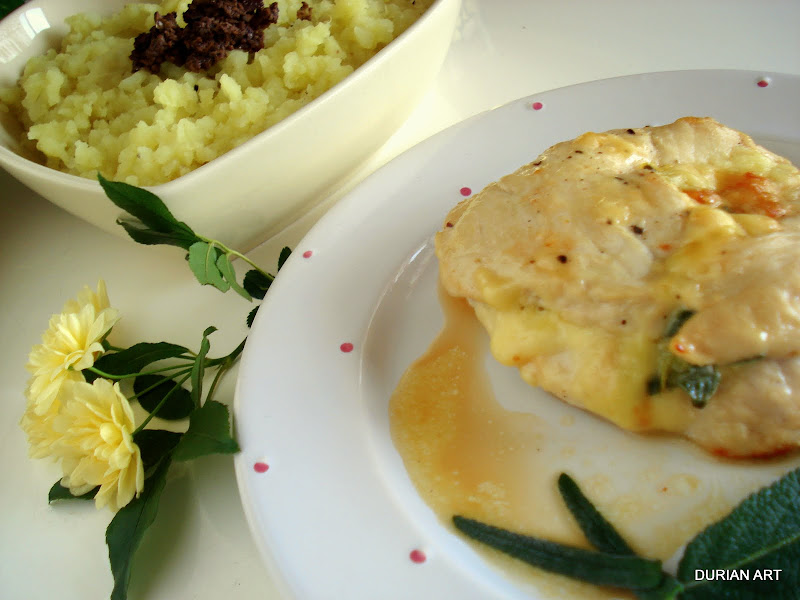 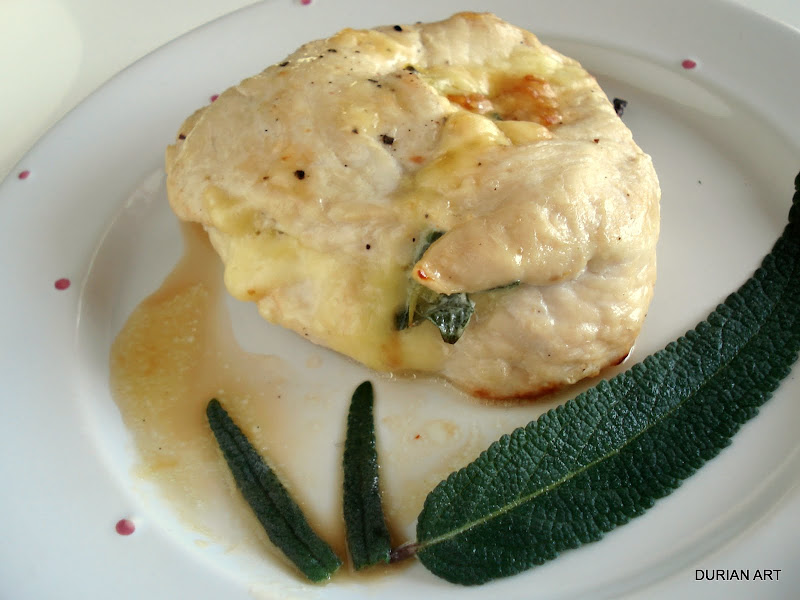 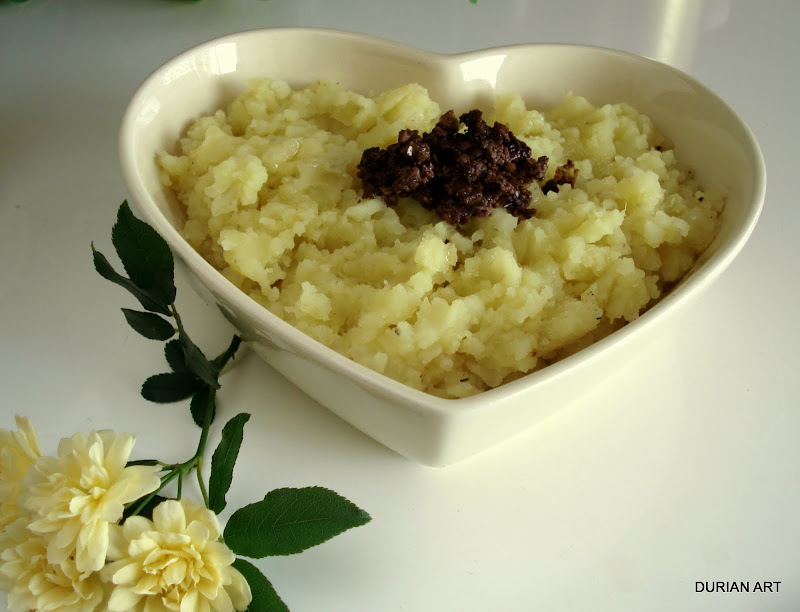 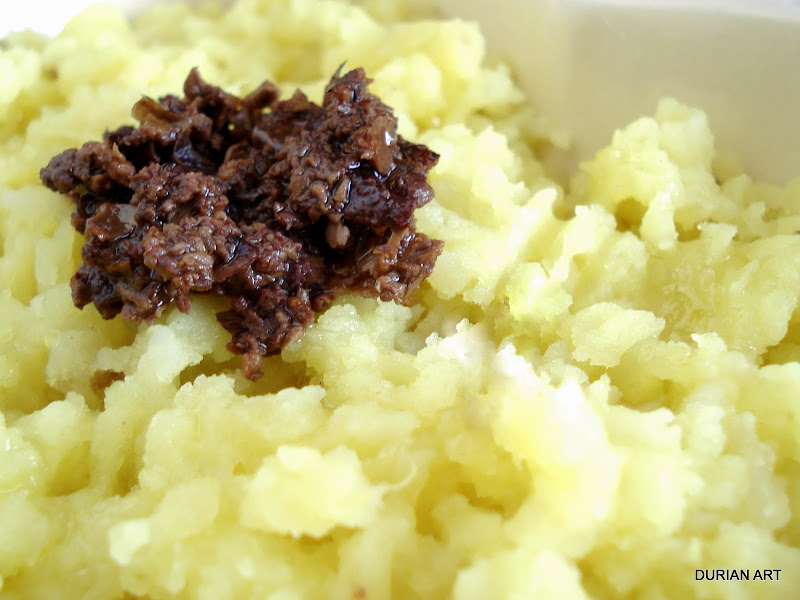 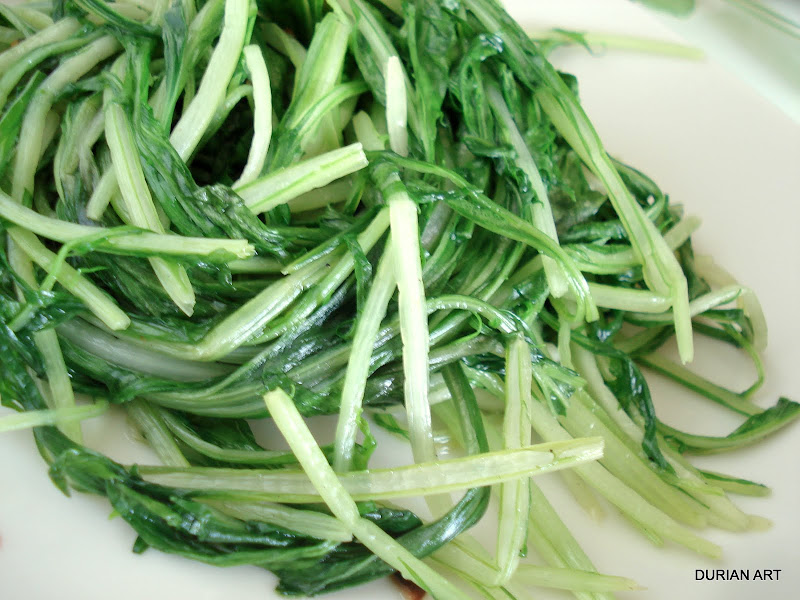 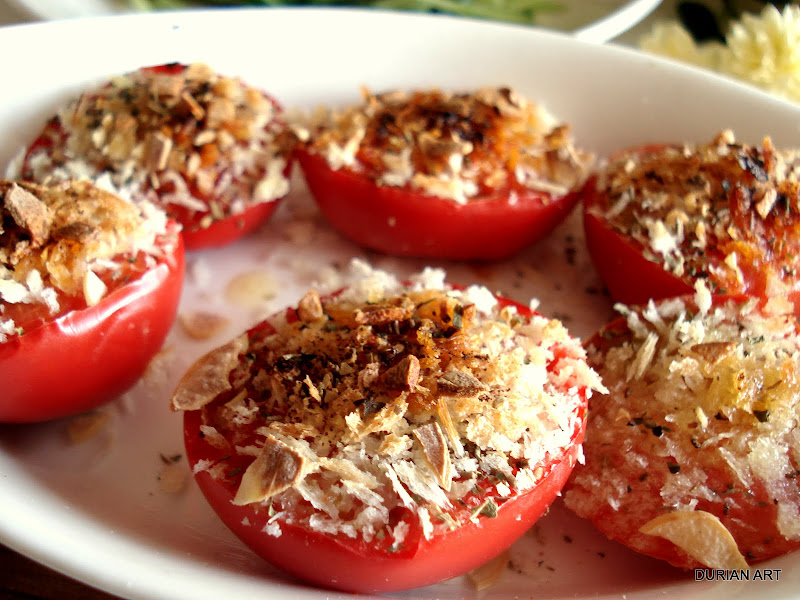 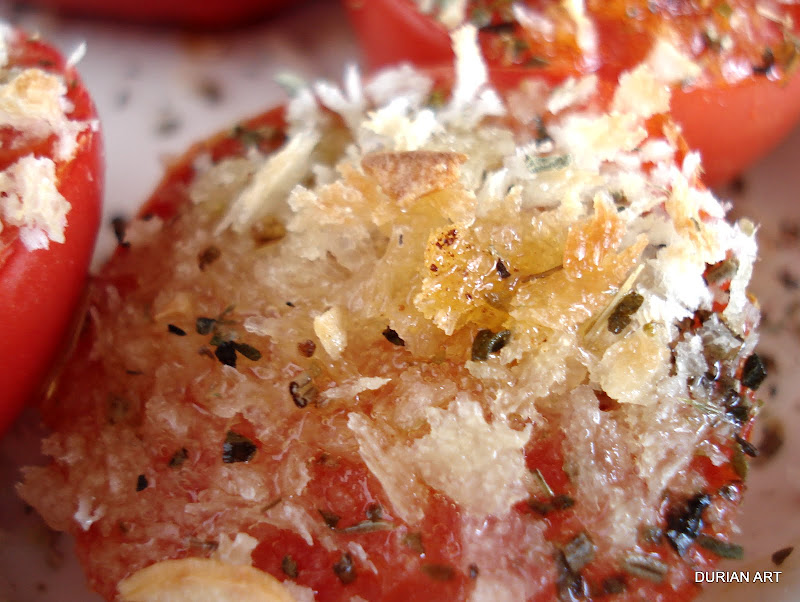 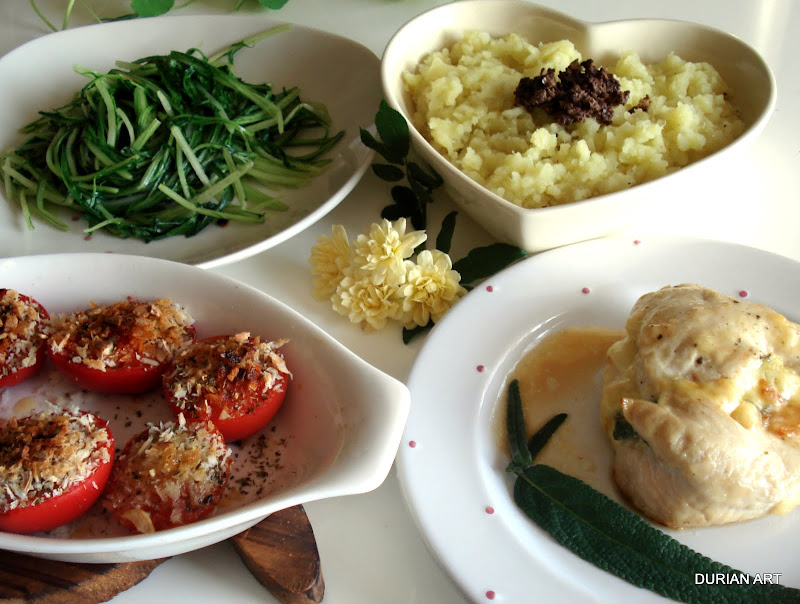 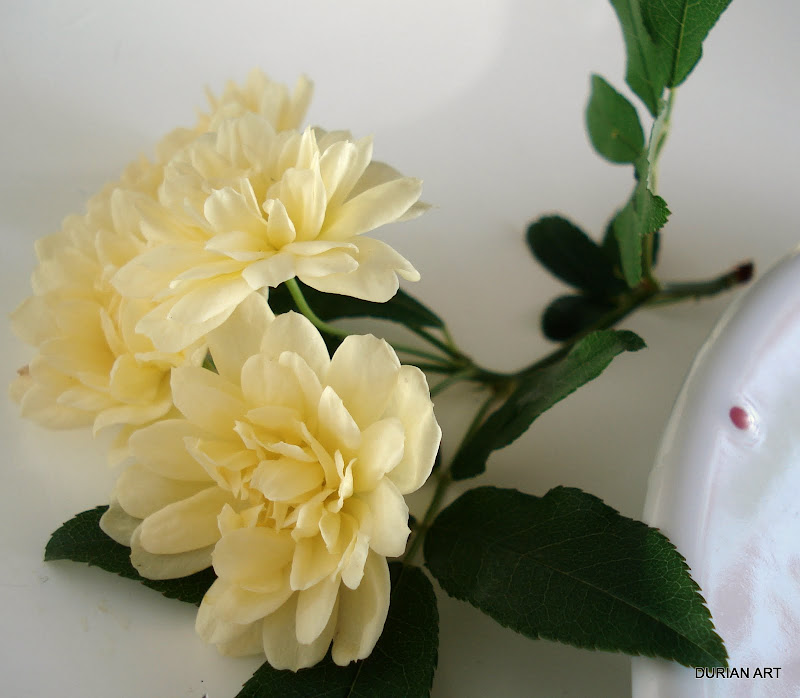 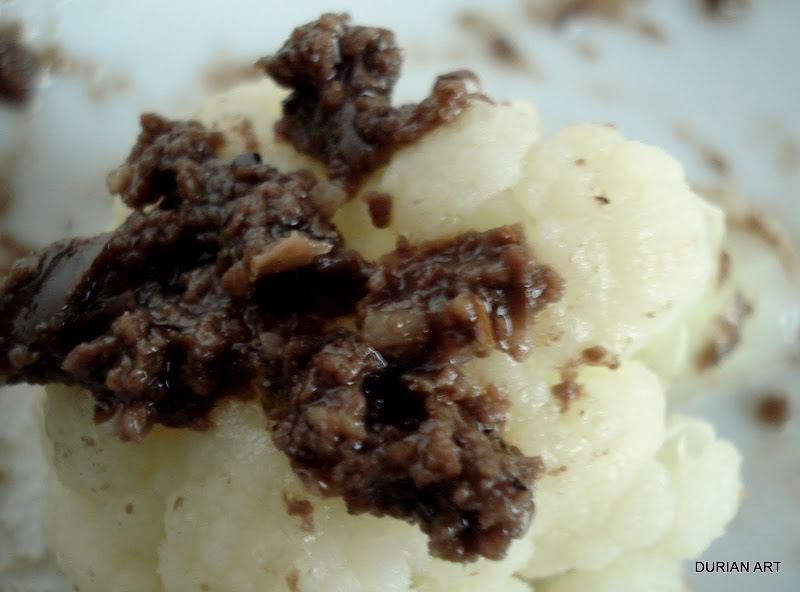 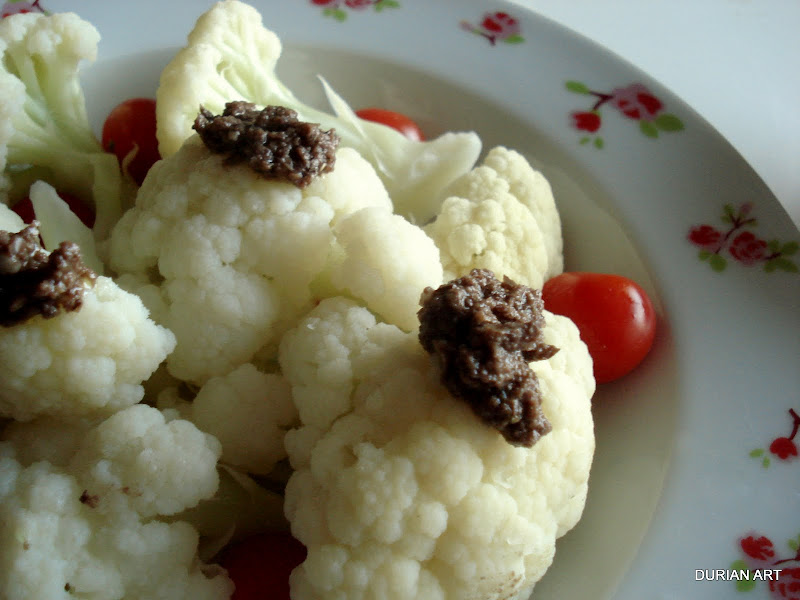 Cauliflower with the Provençale sauce tapenade. 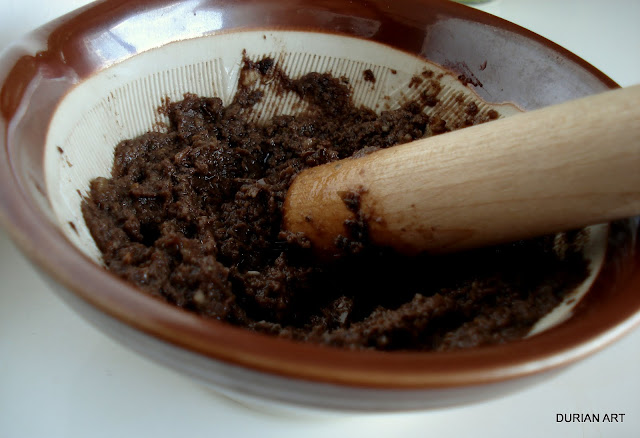 Tapenade is a classic paste or sauce from the South of France. I don’t know how popular it is over the world. You can see some ready to use in jars. Making yours is very easy.

It is made by pounding, or blending pitted black olives, with a little garlic, anchovy, lemon juice (a little) and olive oil (a lot). I added herbes de Provence.
You can use it as a dip for raw veggies, as a topping for bread, or like here for hot veggies. 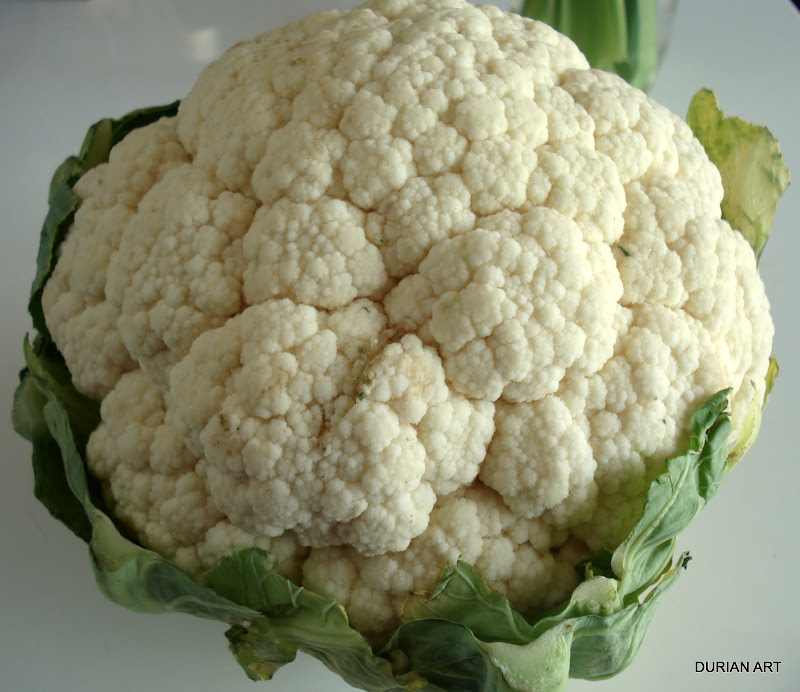 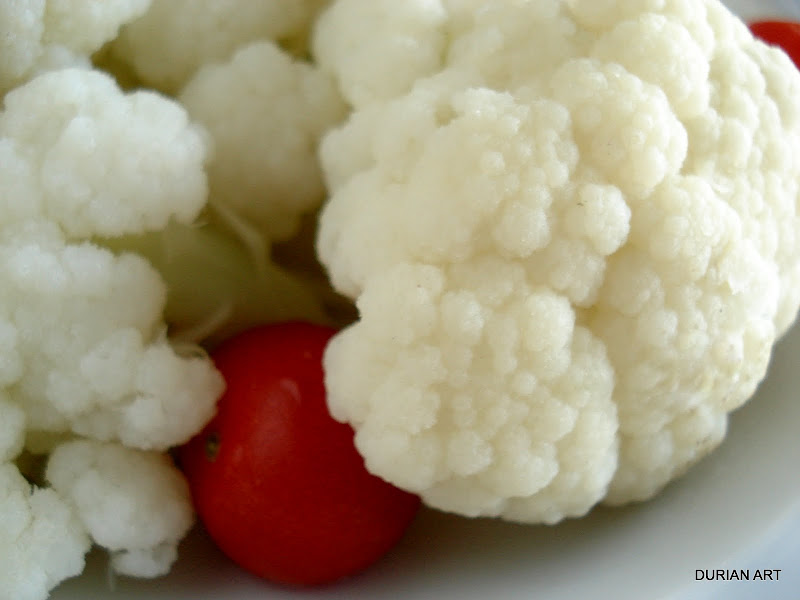 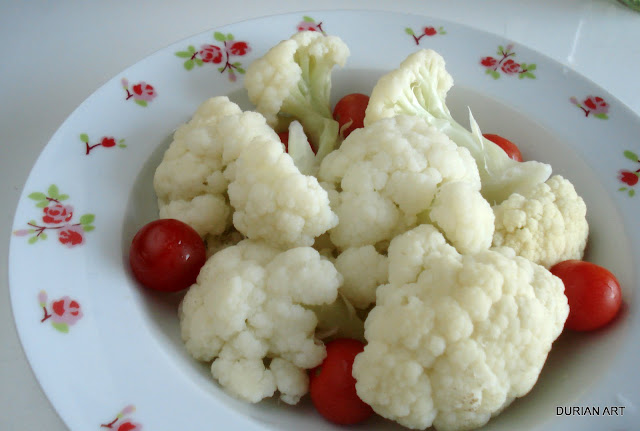 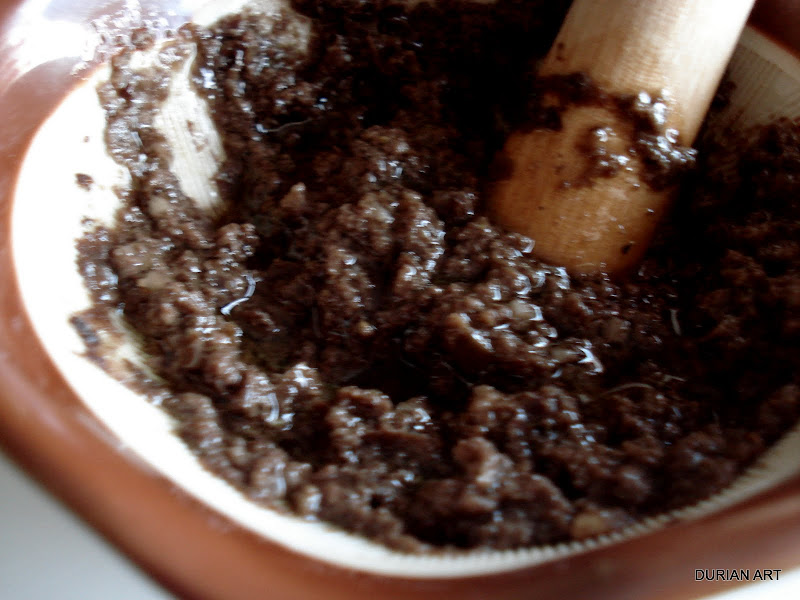 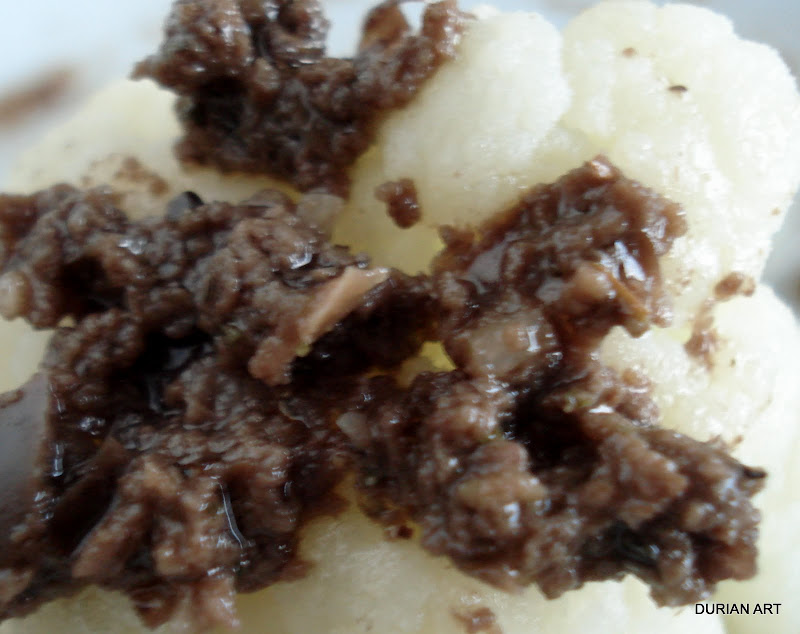 Provence’s simple fish soup. Sunlight is minimal these days, the indoor photos… ahem. So in compensation I put you a few outdoors. Osaka-ko, the port of Osaka, to go with a fish dish.

First I made the bouillabaisse.

For the broth, these fish :

mame aji (mini jack mackerels)
With garlic, tomato paste, herbes de Provence, olive oil, onion and potato. I passed it and served the onion and potato.
I was left with the cooked small fish and garlic cloves. Well, it’s easy : I added water, more tomato paste, salt, a little chili pepper, a little paprika, and I mixed with the plunging mixer. I simmered a few minutes, then I passed it again with a chinois (sieve conic like a Chinese straw hat), or any other sieve.

That’s the way to make the simple soupe de poisson with fish too small for other recipes and the parts you don’t use from big fish. That doesn’t cost much in ingredient. No wonder is a favorite offer of restaurants on the Cote d’Azur, they make great profit on it. And they are not alone as many jars of soup, ready to be reheated are sold. When I was a kid, that was a favorite dinner for us. Mum would open a jar for the 3 little piglets we were, and that was a party.

Cheese (in France, it’s often shredded gruyere, here…that one that melts), and toasted bread. You can rub a cut clove on raw garlic on it, if you want.

Guests add rouille and cheese as they wish …

The steamy hot soup is poured on the bread, and eaten immediately.

Did you know that the initial meaning of “soupe” was bread ? Because “souper” had the meaning of eating bread in Middle-Age. Then, bread was a hard thing, that was systematically covered by broth to make it softer. Later the broth became the soup…