Well, nothing ruinous. You only need a few teaspoons of Ikura, salmon roe.

Freshly made with buckwheat and butter.

That’s not the a party in Japan, that was just for the fun traditions. That seems very frugal. That depends on your point of comparison. Most people in Japan simply ate fried chicken, yes, the infamous fast-food bucket of greasy starch with bits of meat sometimes hidden in the middle. Ads tell them you should have chicken for Xmas. I’ll ignore that trend.

That’s short, because there are 13 desserts and even if that’s not what you may imagine, I didn’t want to burst.

I know my candles look even more retro. Caveman style. That’s a mistake. I thought I have bought a pack of plate-warmer candles. I could have put them inside glasses, that’s pretty. But when I opened the package I saw those what-you-call them to cook a fondue. At least, I had a Christmas fire.

Salmon eggs are not caviar, but they used to be a rarity, something for occasions. I like them anyway.
That couldn’t be simpler. Salad, radish, croûtons and salmon eggs.

The rest of the meal in next posts : 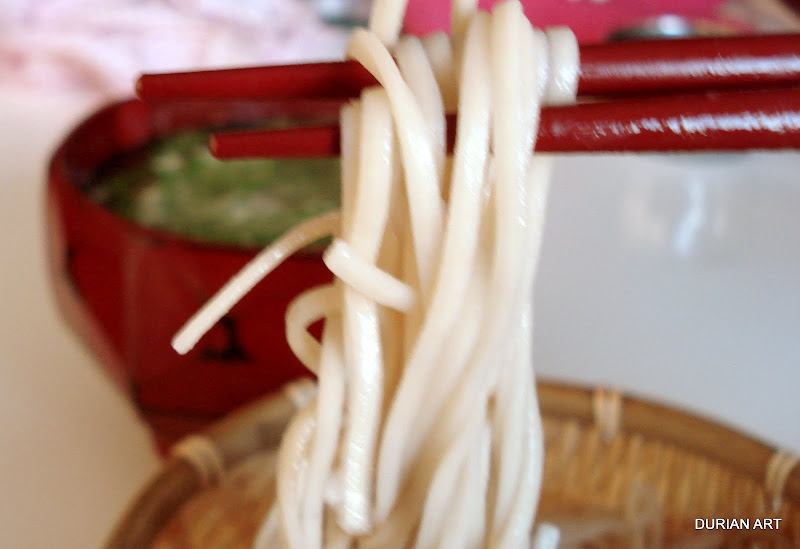 Soba : Japanese buckwheat noodles made of pure buckwheat, buckwheat and wheat, or wheat and tea for matcha soba. Do not confuse with *chuka soba* and *yaki soba* which are ramen (Chinese style noodles).

Guided tour of my soba closet

The “I am cold” Miso Soup

clams around the plate

As you can see, in eating order :
shrimp nigiri (hand formed),

hoso-maki of shrimps and shiso leaves.

The rice is brown + mochigome (sticky rice), cooked with kombu seaweed. The “su” is black rice vinegar, plus sudachi lemon juice. I just added a little salt. The rice was not so great, I put too much sticky rice to shape it nicely.

The reason for serving wasabi on the side is… I forgot including it. Well not great shape. I’m not read to open my sushi bar. Anyway, in Japan it’s not a job for women, our hands would too warm, we would only good at making onigiri.