Triple knot ? That’s the mark of the evil saffron…

Udon noodles. I buy them fresh. I boil them 2 minutes in boiling water.

My special yellow curry. It’s Thai yellow curry paste, thick coconut milk, a few more spices (turmeric, ajowan, fennel, black pepper…). Safran ? No, that would be lost in this. That’s the Asian safran, turmeric. Some broad beans and a red sweet chili for proteins and color.

And we mix that…

The beach is under the flooring !
Nasubi kare is a popular Japanese curry with nasu AKA nasubi (aubergine, eggplant) and beef.

Plated version, with the *rice*.

This is the second round for this month Daring Cook’s Challenge. See the first recipe here.
The game was to use at least one item from each list :

Do you have an idea about the mysterious ingredient from the third list ? What would you try ?
Answer at the end of the post.

It’s slow-cooker art… I made the beef curry from scratch, it’s so much better than using “roux” and just throw in aubergines and meat.
Japanese curry mix, whole sweet spices, the hot chipotle powder, coconut butter, onions, veggie. Then, hours later, the aubergines, more garam masala to balance the taste.

Tadada !!! That was a delicious sweet curry.

Riced cauliflower is raw cauliflower cut like rice. You can’t make easier. I slightly steamed it after.

That makes you a tasty low-carb side for a dish with sauce.
So have you found the secret ingredient ? That’s really something I recommend as the effect is surprising. Before simmering, I added a banana in the sauce. It longly melted and caramelized. The banana taste become unidentifiable but you have a fruity feel. Try it someday. 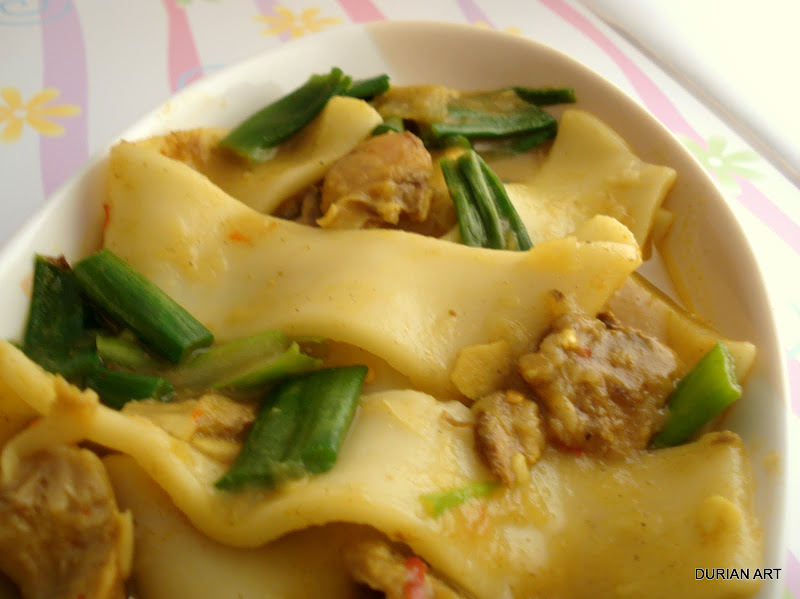 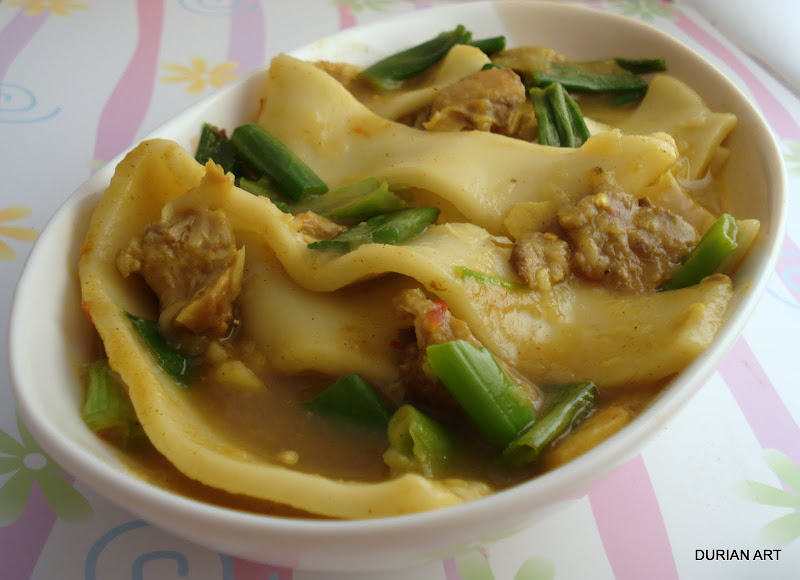 Kare udon is a popular Winter dish. It’s udon noodles served in a curried soup, garnished with negi leeks, and with or without bits of meat, abura age (fried tofu). 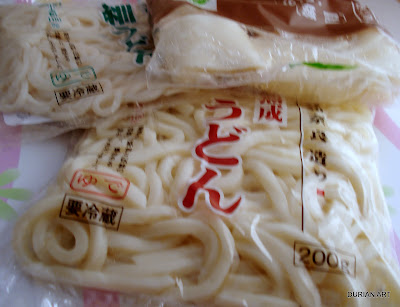 What udon should you buy ?

We usually buy fresh udon noodles in Japan. The dehydrated ones taste totally different (not good) and are not very popular. I think they are “okay” to garnish a miso soup. They don’t have a udon texture. Fushi, hiyamugi and somen are usually bought dry, and they are good. It’s just for udon.

Fresh udon car be kept in the fridge, from a few days to a few weeks, depending on packaging.
Otherwise, people buy frozen fresh udon. It is said to be the best. Well the best, just after the hand-made udon bought at the specialty shop. You can freeze fresh udon yourself.
So if your shops have several types, buy fresh or frozen. If they have only dry, it’s not worth it… well, wait, I’ll tell how to make yours.

The standard udon is in the middle. In Kansai, we have that thin one (like spaghetti), particularly well for Summer cold udon. The third is a rarity… 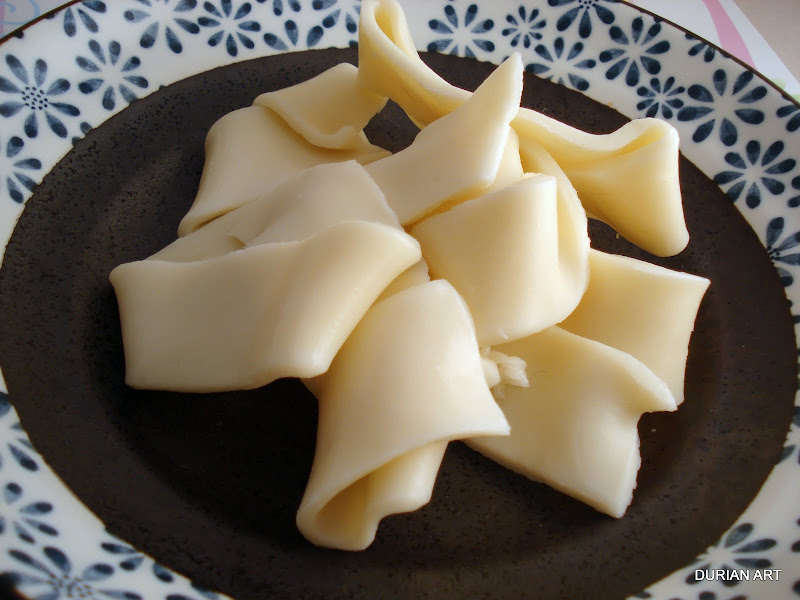 Those oversized udon are designed to be simmer in nabe (hot pot). These come from Hokkaido. I thought they’d do well in curry. And they did turn great after 20 minutes of reheating. 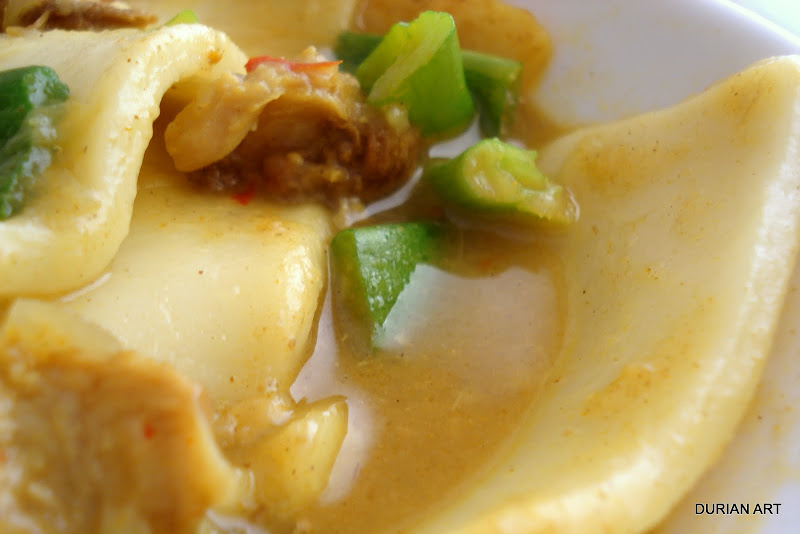 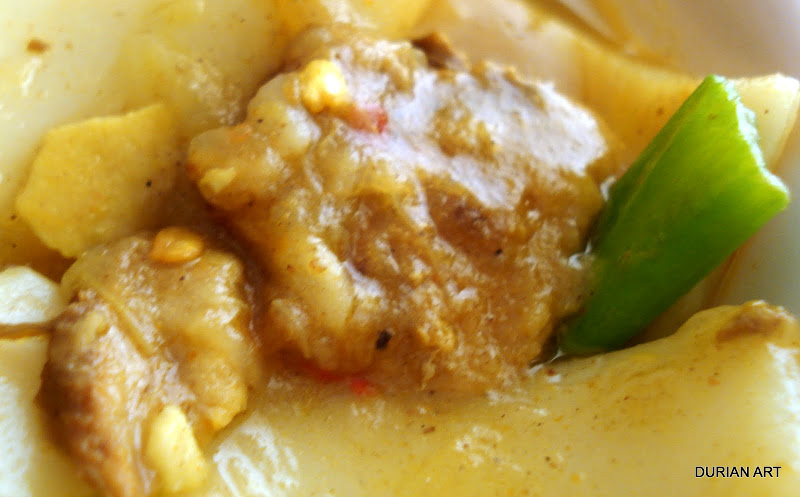 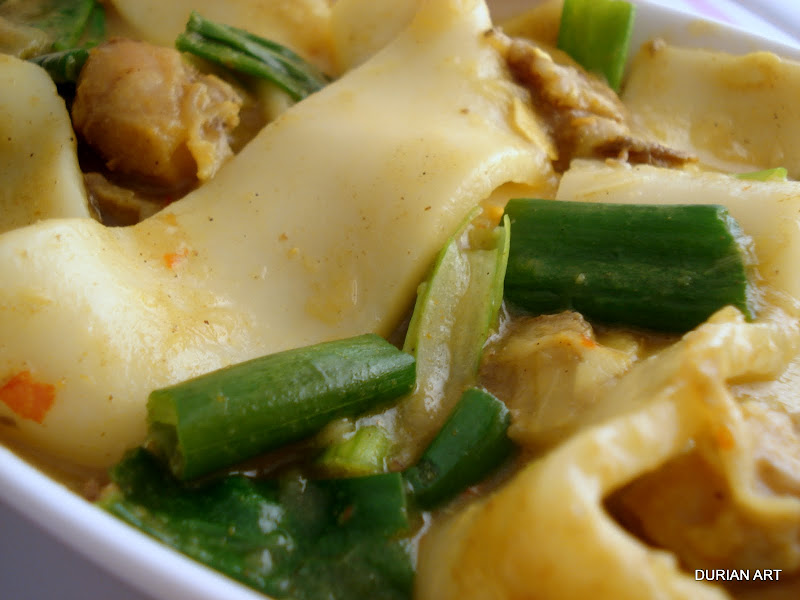 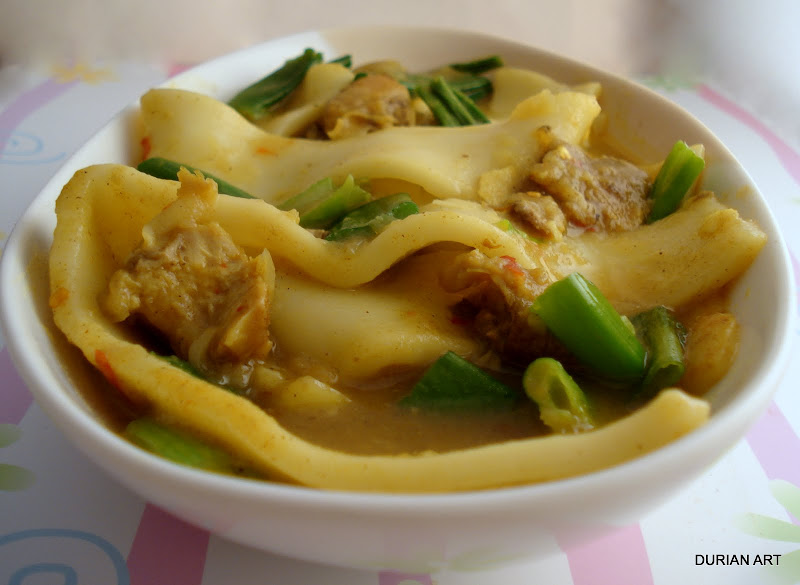 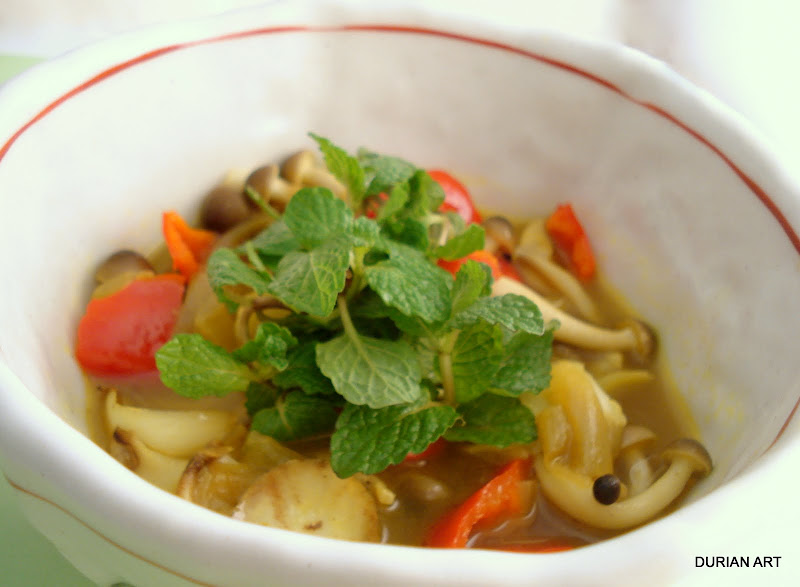 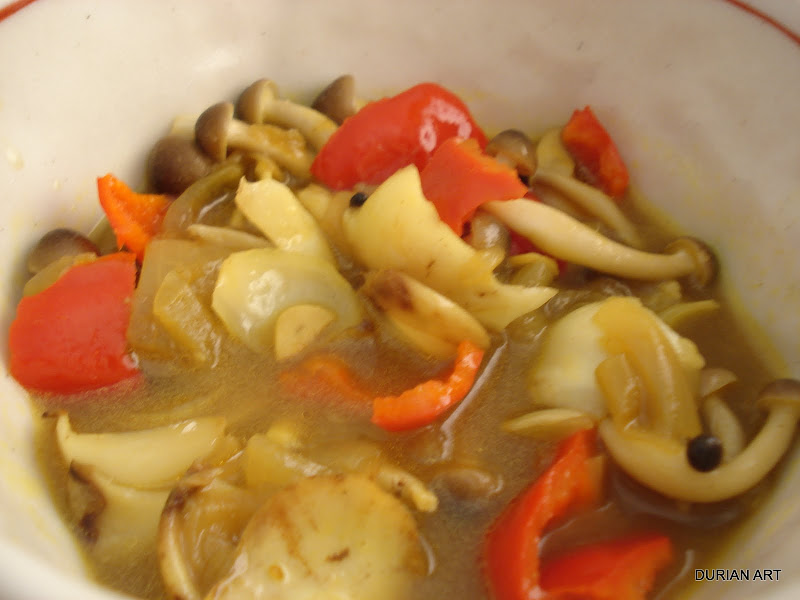 Kare is the Japanese for curry. It has become a type of curry as most times it is based on the following spice mix : 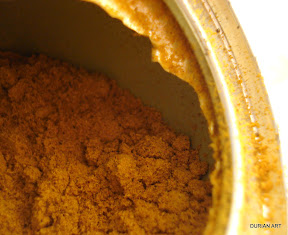 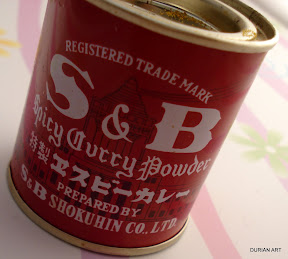 Basic kare soup :
In a little oil, fry lots of onion, a dry chili, a little garlic and ginger. Add the spice powder, fry a few seconds. Wet with broth (here duck broth). Let simmer (here 1 hour). Add salt and more spices if needed.
You can pass in the blender or let the onions in chunks.

Thick version : thicken with cornstarch or potato starch after simmering. It’s possible to make a flour roux from the start, but I find that makes it more delicate to simmer longly without being there to check water level. 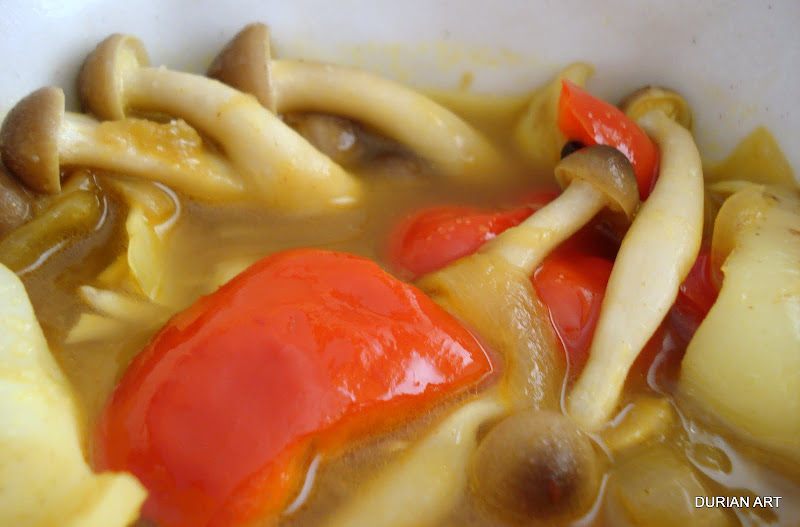 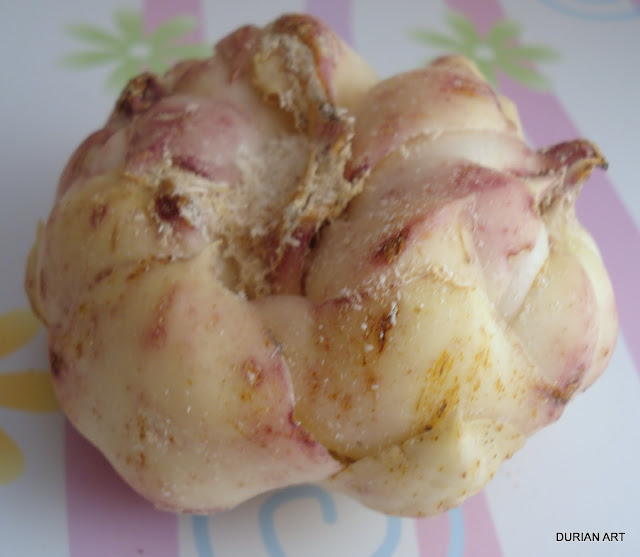 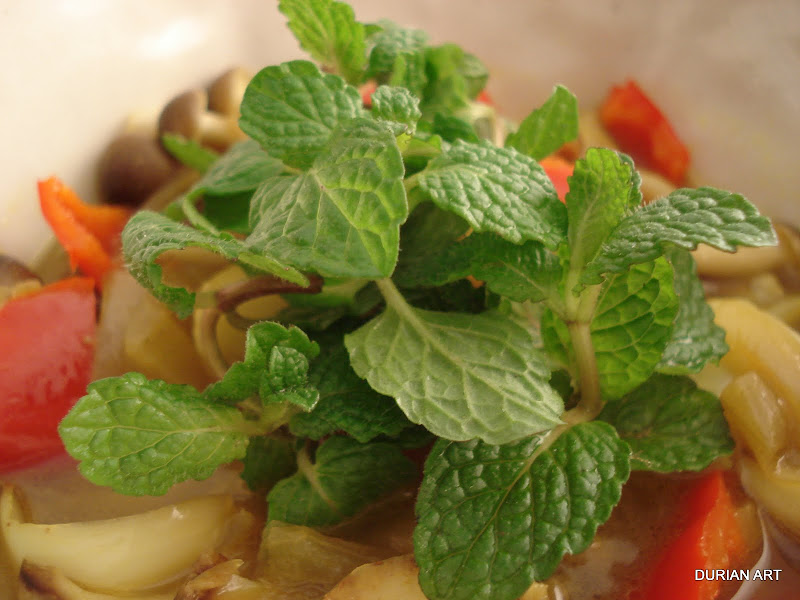 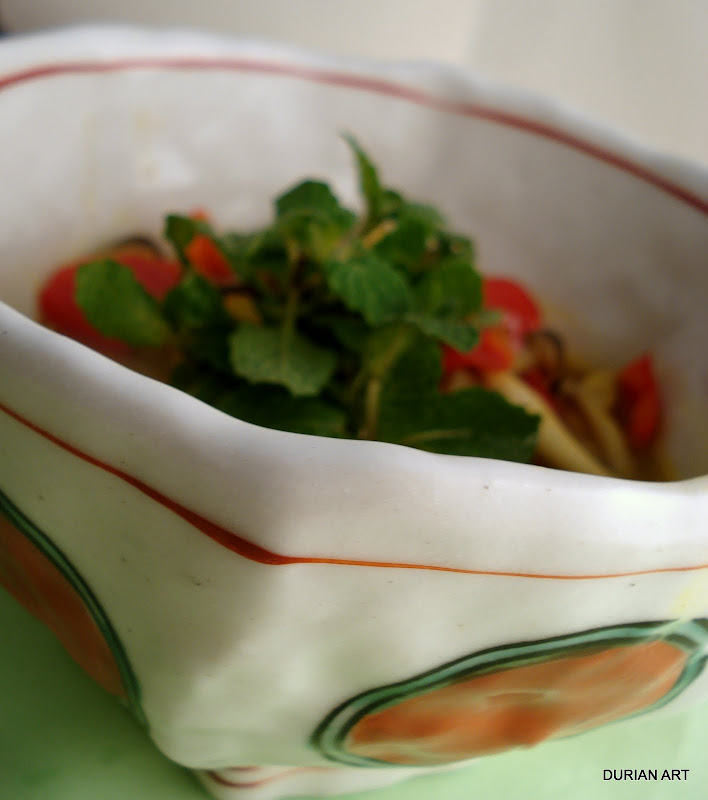 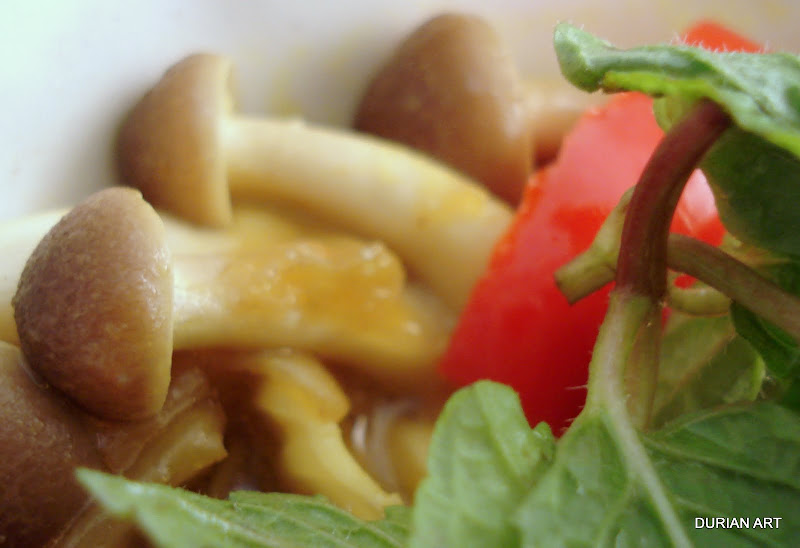 Kare-udon is udon noodles (the thick square white super-soft Japanese noodle) in Japanese curry soup.
That kind of dish definitely warms you up in Winter.

About the S&B curry powder : that’s not the only brand, but it’s a blend characteristic of must versions of “kare” (Japanese curry). You can find powdered *roux* or sorts of chocolate shaped ready to reheat curry, they sall seem to be based on this spice mix. I don’t exactly know the proportion to recreate it. I think you can find the powder easily in Asian grocery stores.

A little chutney and a few sakurambo cherries.