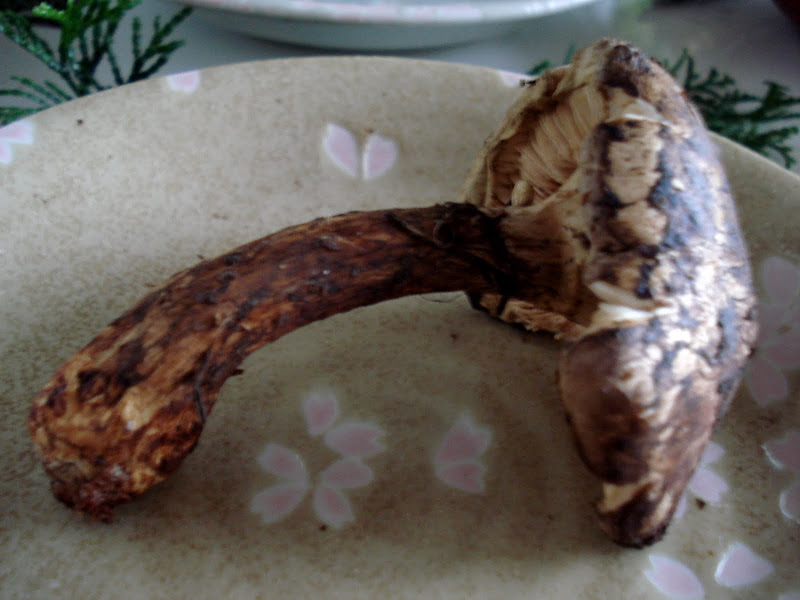 Here is the meal that completes the black tofu and agedashi taro in the previous post.

Let’s talk a little about 山菜 sansai mean litterally mountain vegetables. That’s a generic name for many plants wild or cultivated in small amounts that are used in Japan, but also in Korea and China. The hermit Buddhist monks were counting on them to diversify their dishes, and they are often used in the shojin ryori (monk fasting meals) and kaiseki ryori (refined meal before tea ceremony). You can go and gather yours if you live in the countryside. I’m not sure that what I’d pick up near Osaka would be edible particularly with the current level of air pollution. So I usually find mines in the store, and they are cultivated.
There is no complete list of the varieties of sansai. It’s whatever you can eat.

They were boiled. So I rinsed and reheated them with dashi (fish broth), a little mirin and soy sauce.

And genmai (brown rice). Well, that makes a nice Japanese meal. That’s not so long to prepare as the tofu was made in advance, the rice is done in the cooker, the veggies were pre-cooked. 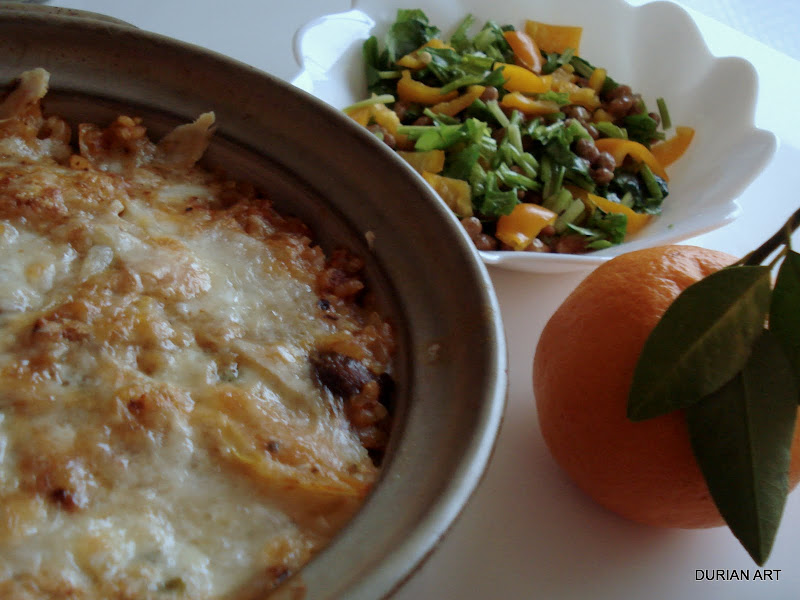 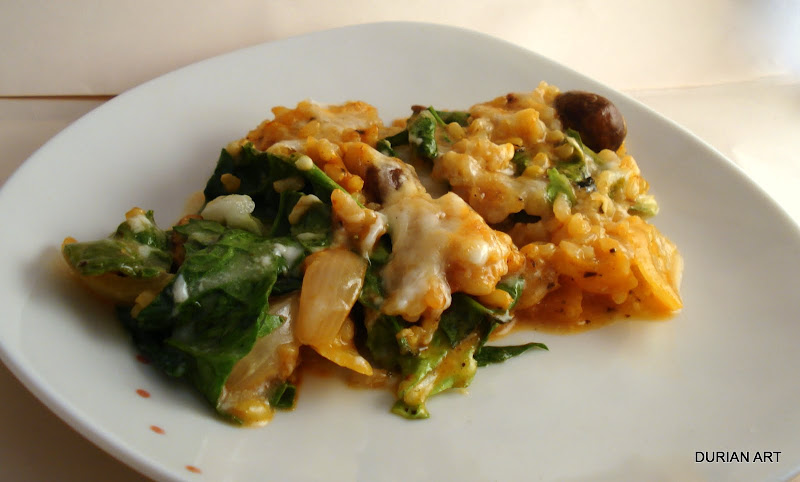 It’s a hot comforting dish totally adopted by Japan… but where does that come from exactly ? Big mystery !

It seems Miss Doria arrived, without her luggage in the port of Yokohoma, at least 100 years ago.
I never got an explanation from where it comes. What country ? Wikipedia says it’s from mine.
Roughly, their tale :

At the origine, the dish was created in a restaurant in Paris and name from the noble Italian family “Doria”. That was a dish with cucumber, egg, and tomato to represent the flag of Italy…. Then in 1925, it was made in Yokohama, by Swiss chef Saly Weil , with shrimp bechamel…

Logical ? Plausible ? Saly Weil arrived in Japan in 1927, they also say.
There is a little more on that chef on the web.
Saly was a man… I liked the idea of an international woman chef in the 1920’s. Too bad.

I have not found anything about Doria in Europe. 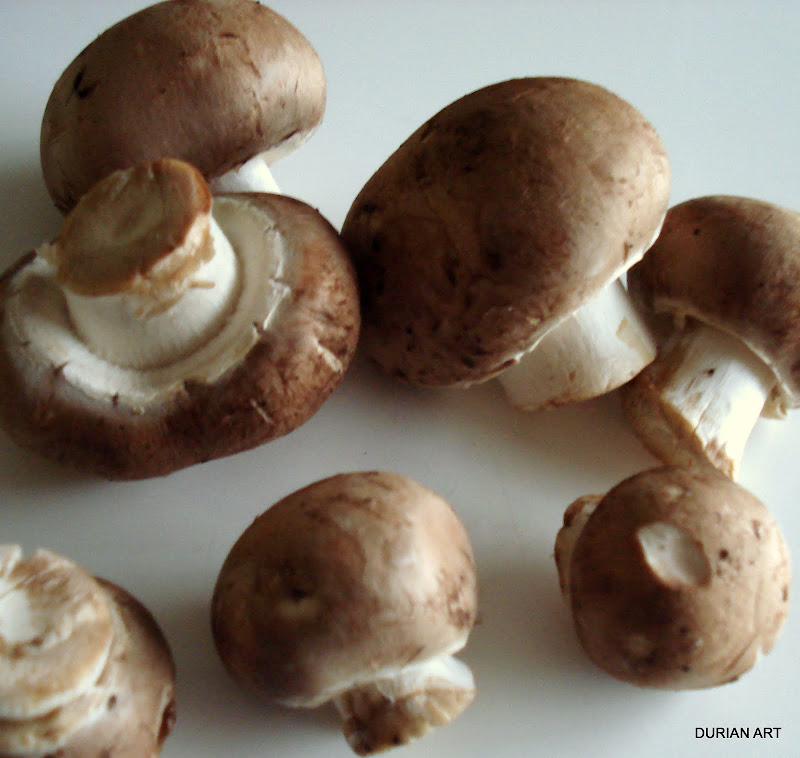 So you were born in Paris, Miss Doria ? Champignons de Paris, mushrooms. Why Paris ? Because they started growing some mousserons wild mushrooms in the caves under Paris. Probably at the time of the supposed Doria invention. 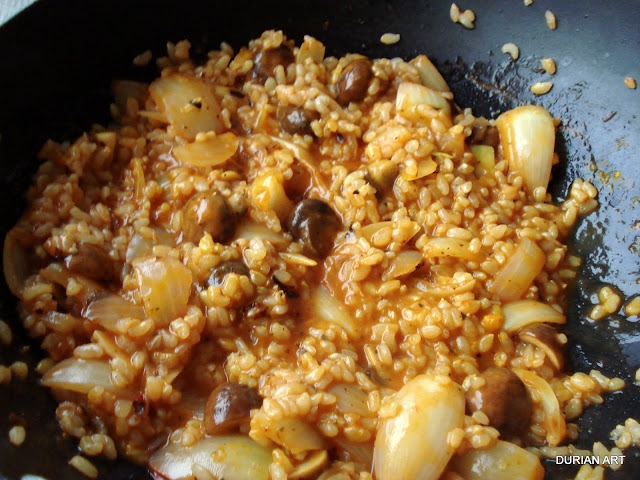 1. Make rice :
Rice pilaf or refried in sauce… any flavor is OK. 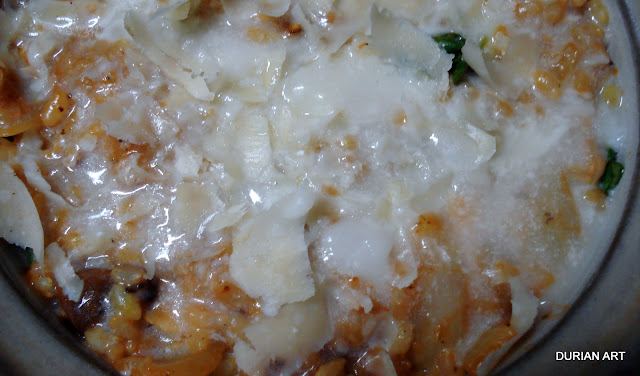 2. White layer
Top with white sauce and cheese. The layer can be… very thick. I am little player. I don’t want to be able to say it’s as thick as my waist and hear people giggle and say : “Oh yeah !”. 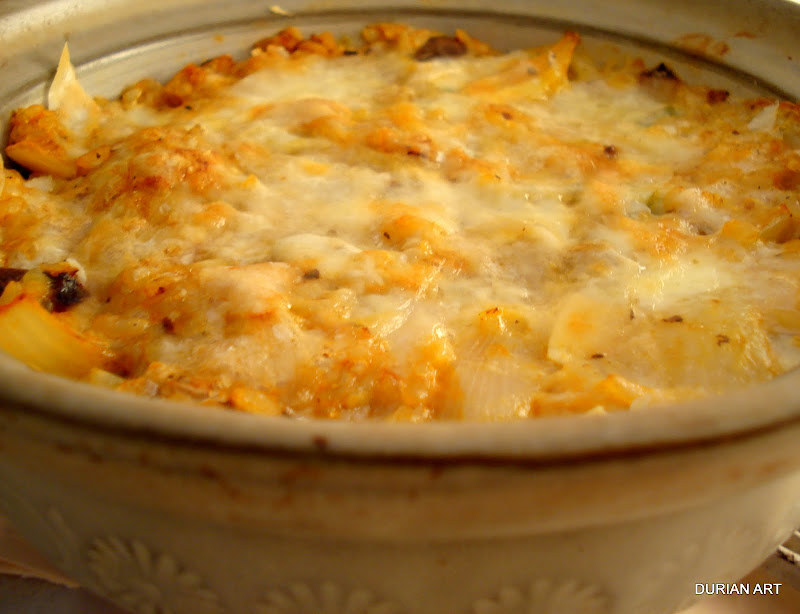 3 Gratinage
In the oven, 10 minutes. Serve hooooot ! You can even serve it on a keep-me-hooot brasero. 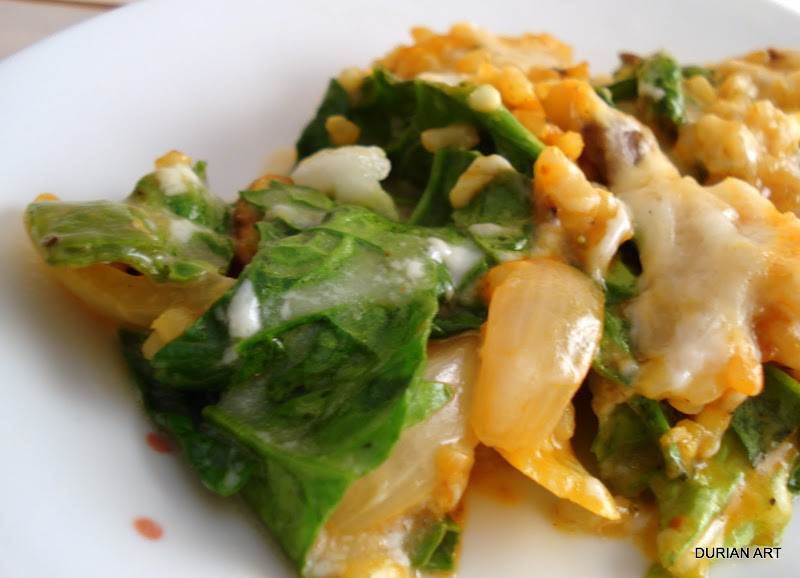 Kobe being a copycat town of Yokohama, it has a number of Doria Restaurants. All over Japan, it is served in the Yoshoku Restaurants. Yoshoku is old-style “Western for Japanese” food that started from Meiji Era. The Doria shops offer countless variations. 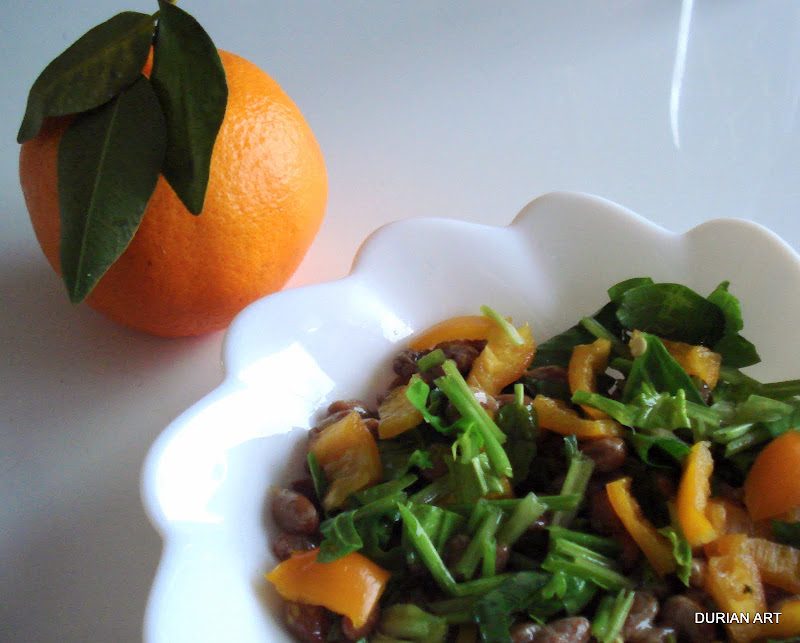 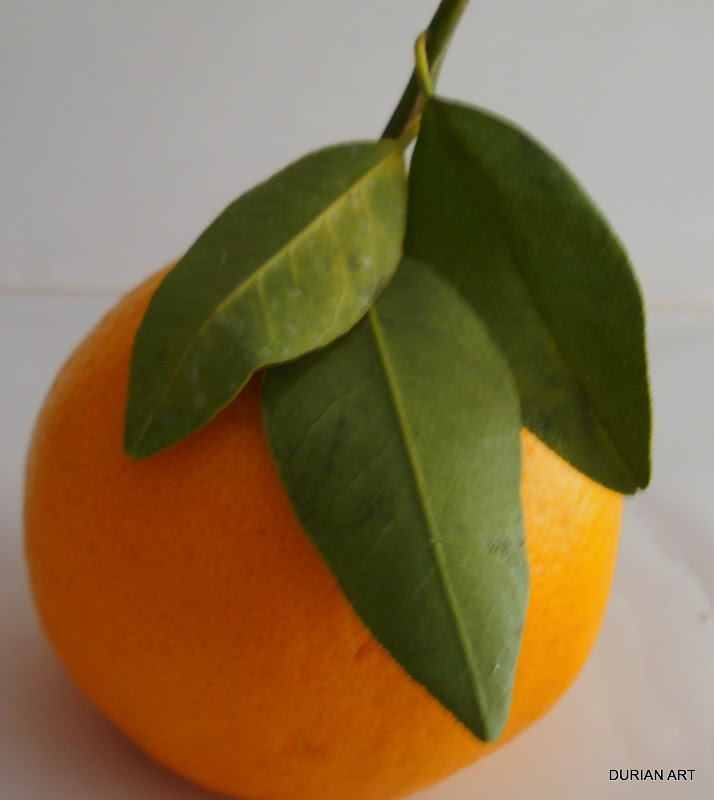 (meal with double serving of rice) 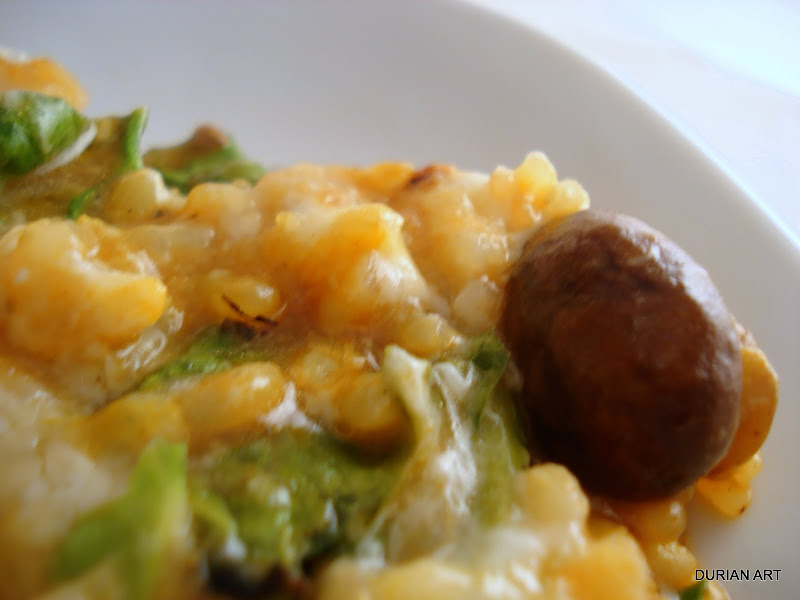 Ika, calamari. Kinoko, mushrooms.
Today’s okonomiyaki owes its shape, well it lacks of to my laziness. I didn’t bother getting the plate and grasped that old frying pan, remembering too late that it sticked so much. Also, I cooked a huge one in one time… In spite of all that, it was delicious.

That starts with good crunchy cabbage.

The batter contains naga-imo for the creamy texture, powdered dry fish for the flavor. I added an egg.

Shiitake mushrooms. And a second egg :

Sauce (Ikari Worcester), fish flakes, nori, a little turmeric. It’s not usual to use the last topping, but turmeric, ukon in Japanese, grows locally and is a common spice and food preserving additive. It regain a new popularity as recent research says it has big health benefits.