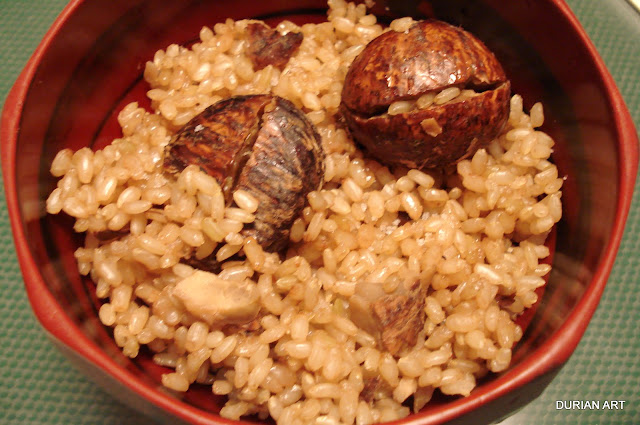 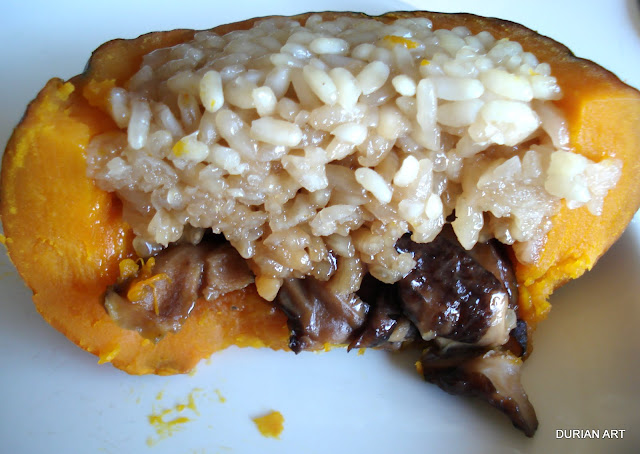 Brochette is the French for skewer, and it’s usually meat and veggie ones. Then the season of kuri (Japanese chestnut)is open…

The chestnuts roasted with a few small sweet potatoes.

This fiery soup is made in the blender with the cut outs of onion, red pepper, a glass of white wine, 2 tbs of sesame, 1 ts of miso. Then simmered a few minutes.

What about a thick slice of year-end terrine ? It’s full of whole sweet chestnuts, big bits of onion, and balanced with the light sourness of red goji berries. The texture is ideal.

Yes, that’s one more bean terrine. But this time it’s based on kuromame black beans.

Half mashed, half whole. Another secret ingredient ; 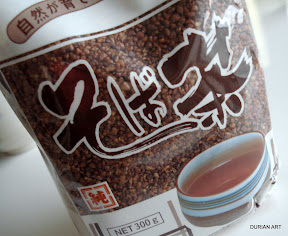 I’ve added some (dry, not infused) for texture and the nutty taste. The terrine is not so good freshly baked, but after 1, or better 2 days in the fridge, the flavors mixed and set, it became firmer and easier to cut too.

It’s the season of these small Japanese kiwi. They look like the first kiwis we’d get in France when I was a kid, smaller and less colorful that those they sell massively now. The taste fresh and a little tart, flavorful, not overly sweet.

Christmas before the Christ was the story of the longest night on Earth, grilling marrons in the fireplace. Just what we need in this cold. This colorful braised veggie dish…

Baked and coated in a sesame “dust”.

A dorayaki, it’s a set of 2 pancakes filled with anko (azuki bean jam). For the seasonal touch, kuri (chesnut) is added to the anko.

The tigered are called tora-yaki (tora is tiger). They are popular in Osaka as the local base-ball team is the Hanshin Tigers.