With raspberry coulis. Sweet and sour. That’s one of my favorite party dessert. I made some for the 13 desserts of Christmas and I had a few servings left. It is ice-cream so it can be stored in the freezer very conveniently.

The classic nougat is made of egg white, honey, roast nuts. This version is a honey Italian meringue, mixed with whipped cream. It is enriched by walnuts bits in caramel, a little Grand-Marnier soaked raisins and mandarin orange peel and grated lemon zest.

Then in the freezer, in a mold.

Crack… the bits of caramel nut stay deliciously crunchy. It really has the honey meringue flavor of nougat. And the citrus hints of Grand-Marnier.

The unsweetened raspberry sauce is a little sour. I didn’t add any sugar, on purpose. That makes a great contrast with the nougat.

Beat the heat and ungraceful aging with Okinawan cuisine. As I said in another post, Okinawans are now living longer than anybody else. They have many more centenarian and they stay in great health longer. Some research has found that people in their 80's and more had their body, including DNA telomere as if they were in their early 50's. And that would be due exclusively to lifestyle. So doing nothing on the beach and protesting as a full time o … Read More

Beat the heat and ungraceful aging with Okinawan cuisine. As I said in another post, Okinawans are now living longer than anybody else. They have many more centenarian and they stay in great health longer. Some research has found that people in their 80's and more had their body, including DNA telomere as if they were in their early 50's. And that would be due exclusively to lifestyle. So doing nothing on the beach and protesting as a full time o … Read More 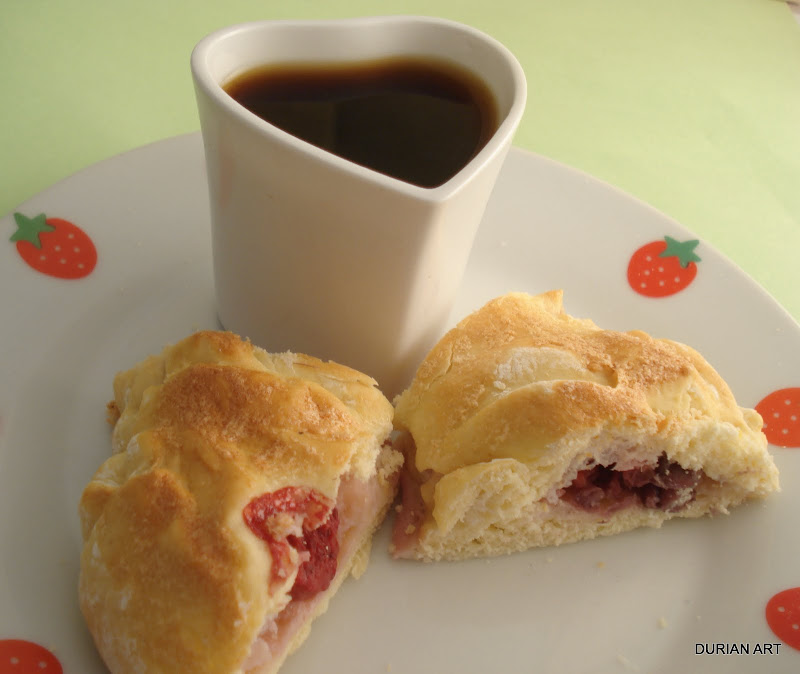 This month’s Daring Baker Challenge is hosted by Jamie of Life’s a Feast and Ria of Ria’s Collection.
The topic is Mets la main à la pâte! YEASTED MERINGUE COFFEE CAKE.
The others’ cakes and the recipes are here (click). 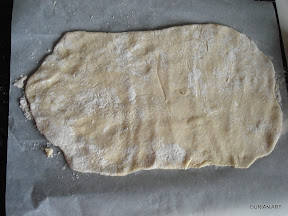 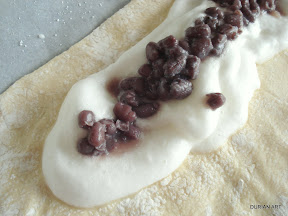 I used the home-bakery and surdough I had to make a light brioche dough. The particularity was the raw meringue filling. 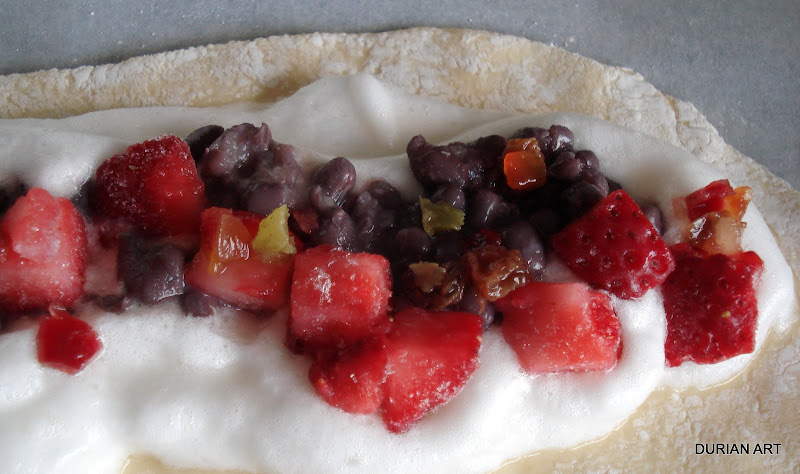 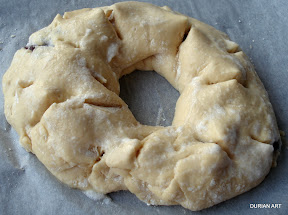 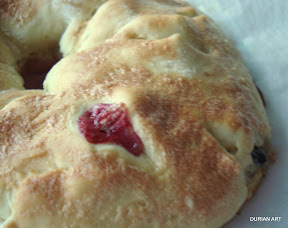 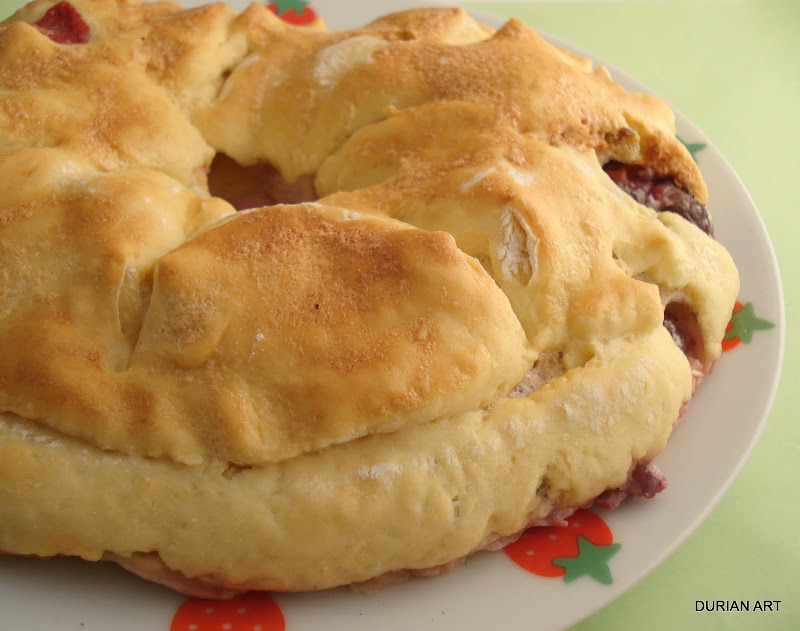 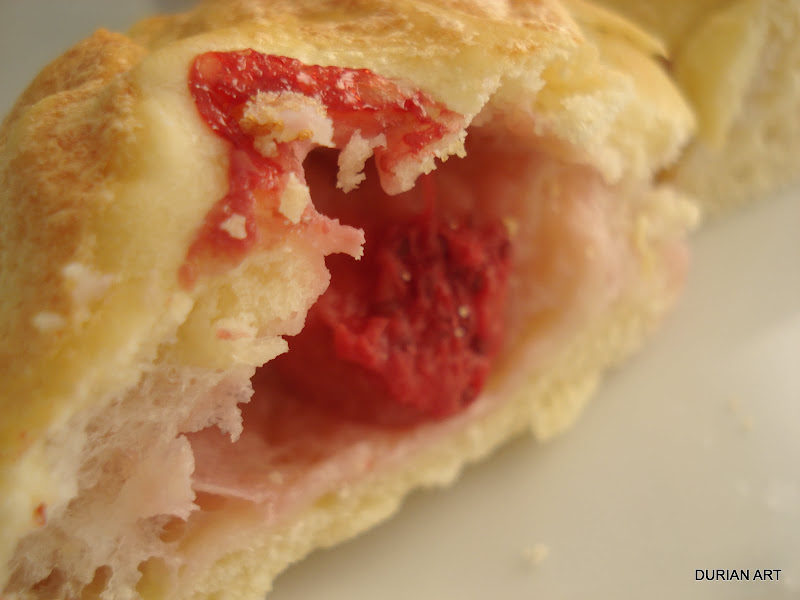 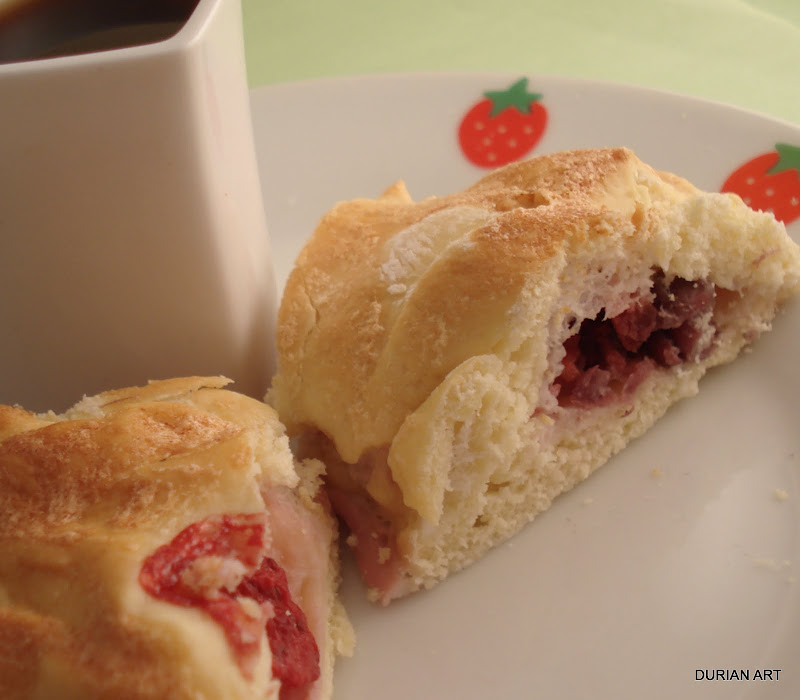 This is my contribution to the Daring Baker Challenge of this month…
The game was to do an omelette norvegienne (Baked Alaska)… in a sauna (cos’ I live in one LOL). Well not exactly, but that’s what I did.

BTW, I am a cheat in this challenge.
Mine is a non-dairy version, as my dairy tolerance/intolerance has to do with the weather and type of dairy. So as I have to eat it after, I changed a little…

You can find the art-works of the other challengers, the proposed recipes and more information here

So you can see the making…

It’s a biscuit de Savoie.
Ice cream is made of a coconut cream anglaise + frozen banana, as I hoped it would get more texture… but my ice-cream maker is just like the air-conditioning my Dad had in his car when we were kids. It worked perfectly, except when it was hot ! Very useful. Well, my ice-cream was too soft (but delicious), even after 1 hour in the flash-freezer.
I ti-punched the biscuit, as you see.
Built the cake. Re-flash-freezing.
Made the meringue (French meringue), put it in a bag… for nothing (I used the spoon to finish). Re-freezed.
Baked. Flambe-ed with rum.

Why ? It seems the meringue has slipped on the banana ice…and cracked.
About omelette norvegienne, the French fashion.

That was a popular Winter dessert, for parties or restaurant.
The standard version is vanilla ice-cream (made of light iced creme anglaise) + fresh fruits, covered of all sides by a genoise/biscuit punched in a liquor. The covering is French meringue or a special meringue (with yolks). It is baked, then flambe on the table. I think the biscuit all over prevents the meringue from slipping.

It’s coconut cream anglaise ice-cream, with fresh mango in it.

Making of :
The anglaise for the ice-cream was normal… but too thin for my ice-cream maker at 40 deg C. I added some cooked corn-starch later, not great for the texture, but that gave a more solid result than the banana.
The cake, a biscuit de Savoie, punched with Rum syrup and rolled, then sliced.

The mango dices were mixed to the ice-cream and that was sandwiched between 2 slices of cake.
The meringue stayed well.

I wasn’t really daring… and baked only 3 minutes (5 were necessary), so it’s too white. I planned to finish with the banner. But no way to open that f… banner, yeah, I had not used that fire banner for so long.

That doesn’t work with a lighter. LOL.

But it’s OK to flambe it.

Yeah ! The ice inside was perfect !

Only thing : the meringue was too white.

Result :
The ice was OK inside, not thawed at all.
But I didn’t like it. The baked version tasted better.