La potée lorraine is a very famous as a dish. From the past…
Potée should be written “potaye” in old Lorraine language (that is now spoken in Heaven and Hell, exclusively). I still say potay’. It means “pot stew”…

A meal soup with healthy salmon. It’s the season for Hokkaido salmon now.

Lots of bones and skin in the fish. I got the parts left after they cut the squares for sashimi and sushi. It’s very cheap and ideal for this recipe. Boiled that with carrot and satoimo (taro).
For flavor : 1/2 ts of anise seeds.

I don’t want to eat over-boiled fish, so after it changed of color, I scraped the flesh and put back only bones and skin into the soup. I got all that flesh.
Then I’ve let the soup simmer.

The satoimo became very tender, and gray blue in shade.

After clearing the soup from fish bones, I reheated everything, with some napa cabbage.

The milky color of the soup comes from oats. I milled 2 tbs and added to the soup.
Final tuning : salt, pepper, 1 tbs of Ricard anise liquor. And on the plates a few more anise seeds.
Then mmm… mmm… mmm… 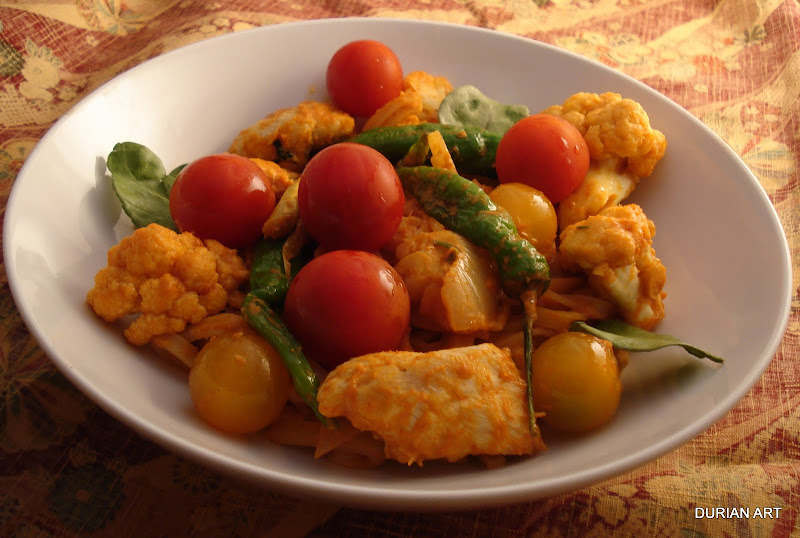 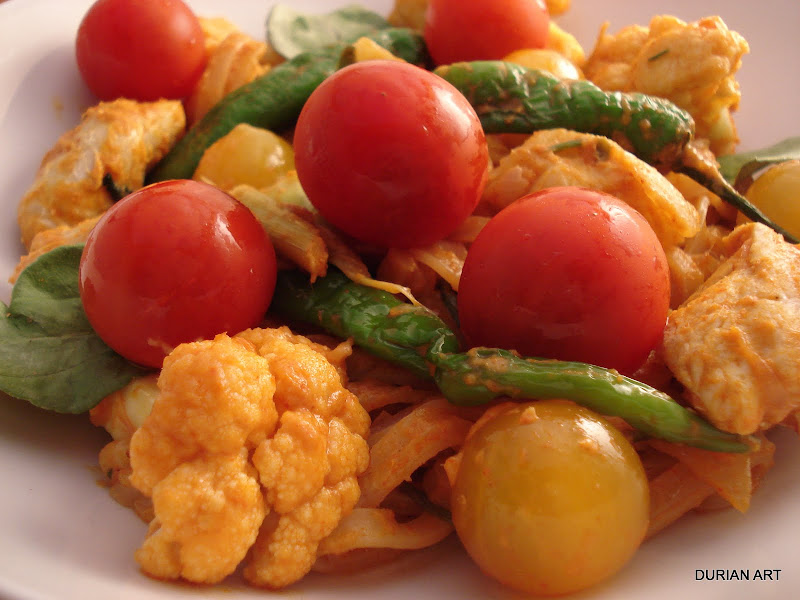 Corail, corral… it’s this sweet orange color. As today, it’s a full curry meal, coated in red Thai curry with lots of coconut. I used the paste but “improved” it. I had some frozen curry “bits”, galangal, coriander root, citrus leaf (forgot the name), lemon grass. Garlic, ginger… and ginseng to complete. 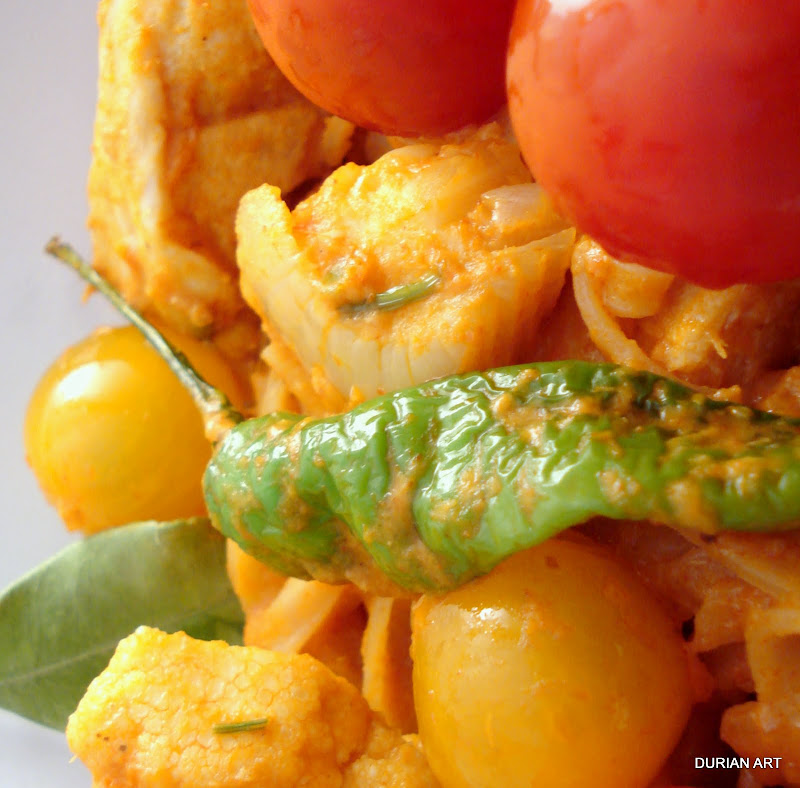 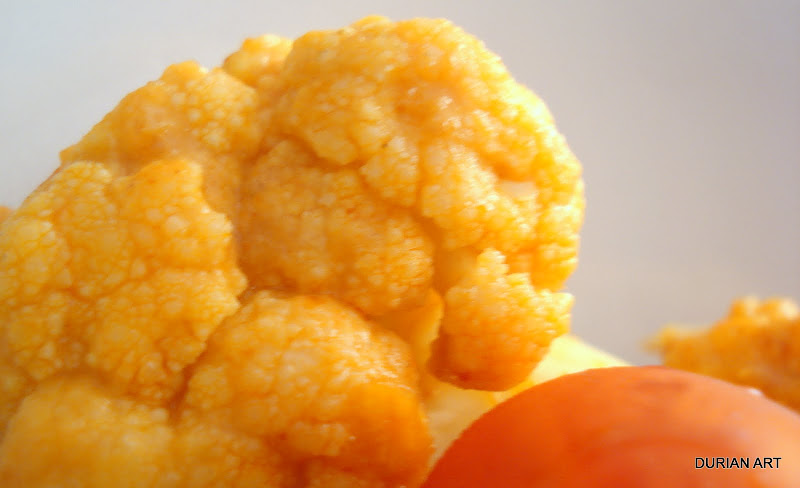 Shiny… can you recognize the “hidden” ingredients ? (answer in the keywords) 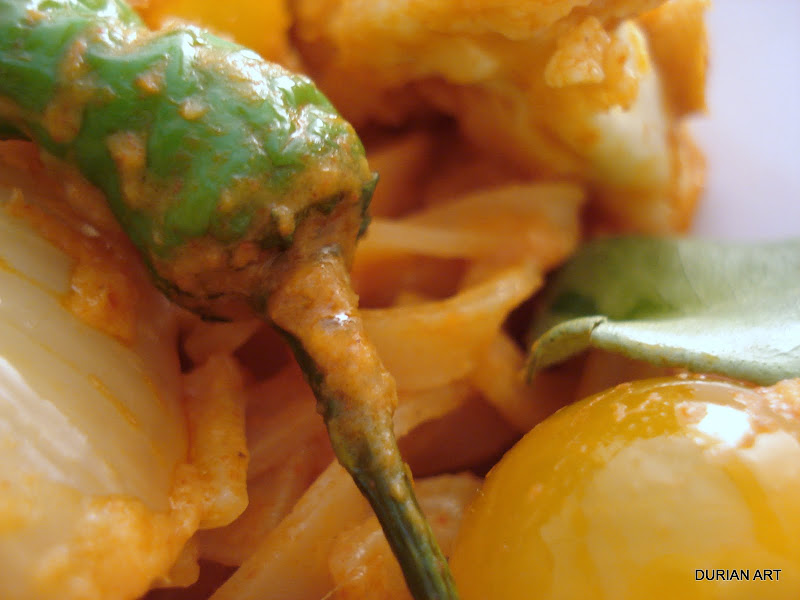 Under there is rice pasta… 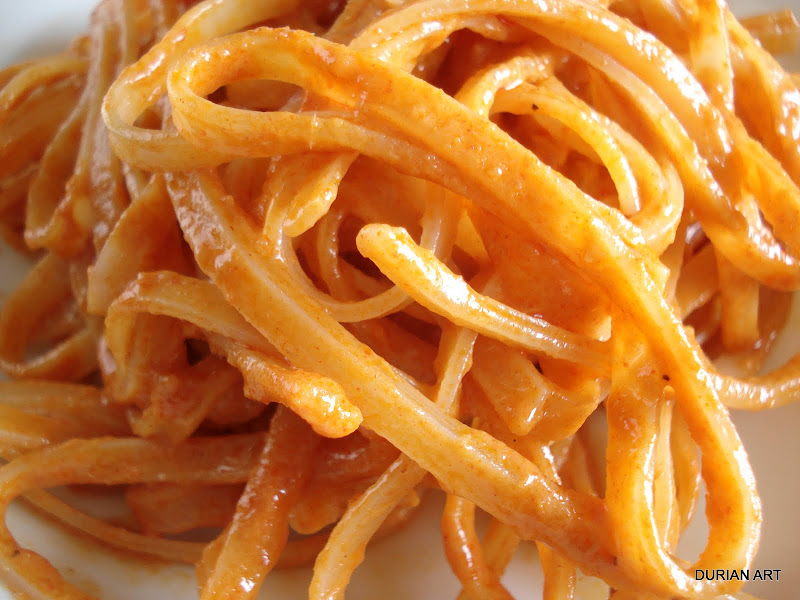 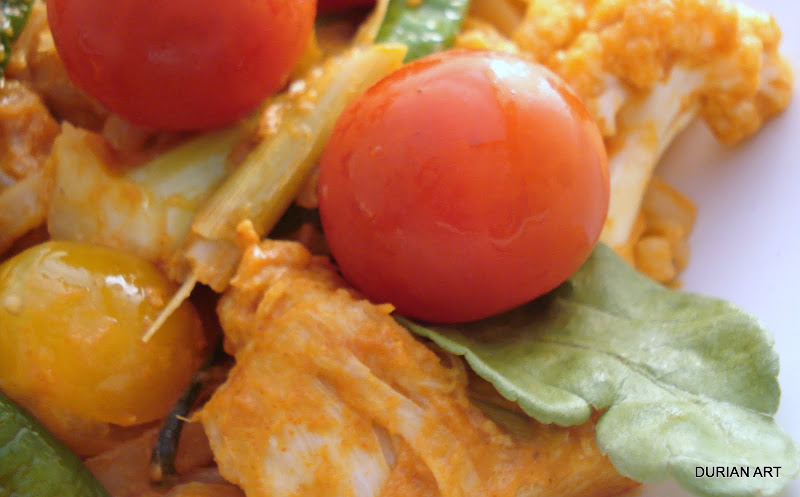 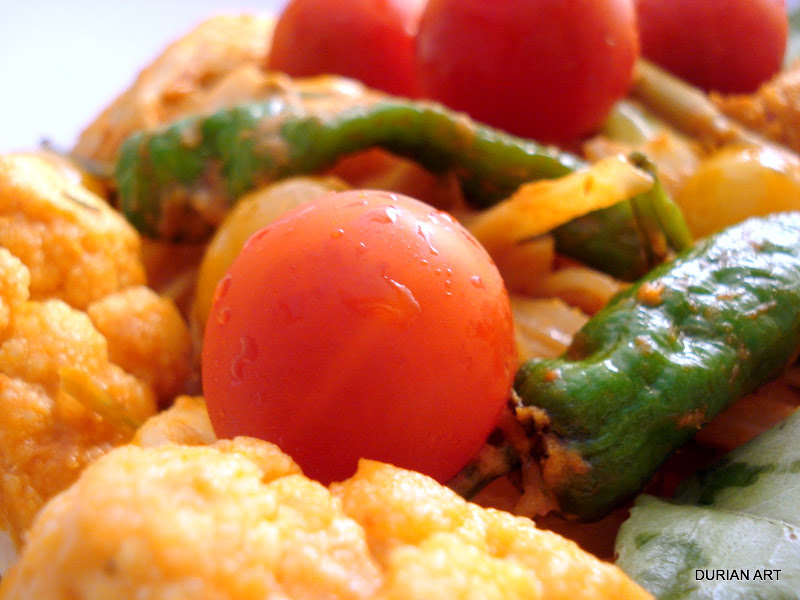 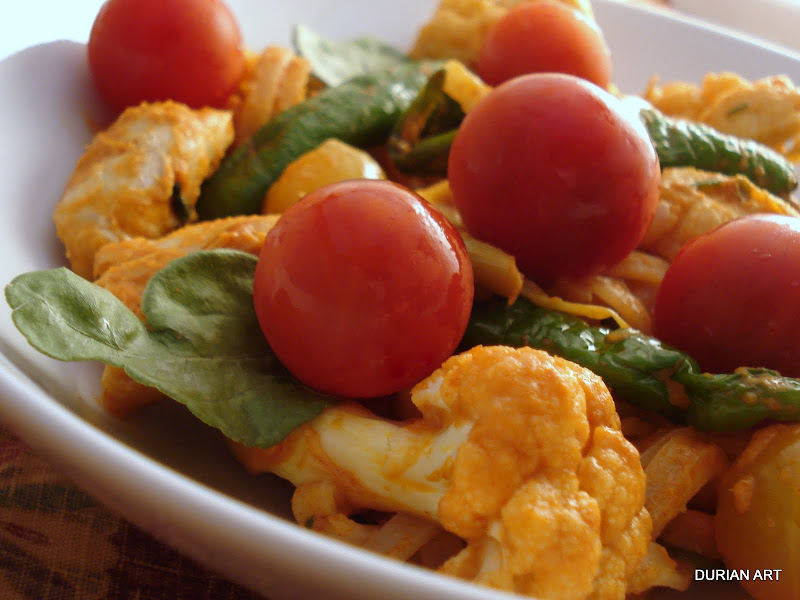 La potée lorraine is a very famous as a dish. From the past…
Potée should be written “potaye” in old Lorraine language (that is now spoken in Heaven and Hell, exclusively). I still say potay’. It means “pot stew”.

Well, pottery pots were the thing in Middle-Age, later cast iron was more popular… but it doesn’t go in the micro-wave. So we’re back to origines.

That was a ton of over-boiled cabbage, Winter veggies, beans to make it nutritive and very little amounts of bacon, sausages, salted meats…in my grand-parents’ youth. Now you will be served little to no beans, and tons of the meat in the folkloric version, as they know their veggies are not good they stuff you with the salted meats. At that point, you’ve got that I didn’t enjoy the original version. So it’s largely updated.

Kintoki carrots. Yes, they are really red. They were cooked in water with Hokkaido potatoes and white beans (that I had cooked before and kept frozen). 1/2 clove, laurel, pepper. A few minutes in the micro-wave.
If you don’t invite me, you can even add a spice I don’t like : juniper berry, genièvre.

Wiener sausages make the trip too. Only that. For a big potaye. of course, it’s nice to have several meat, a dry sausage, a big chunk of smoked bacon, cuts of salted meat. Add salt only after the meats are cooked, you may not want any.

Modern luxury : cherry tomatoes. Added at the last minute, to give a hint of acidity. It’s on the table in 20 minutes.