This is a salad of unohana or okara (soy fibers)…

I don’t always get the trio at a reasonable price. That’s a good coincidence.

Eggplant cubes are the hardest to cook. I first dry them, without oil. When they color and start shrinking, I add salt. A little later, olive oil. If I started with salt, then oil, they would absorb a ton of oil, like sponges.

Simmer everything with tomato, rosemary, a little garlic…

Done ! I like it this way, with veggies still a bit crunchy.

Delicious as a hot side-dish (with fish and couscous, click here) :

That can served cold too : 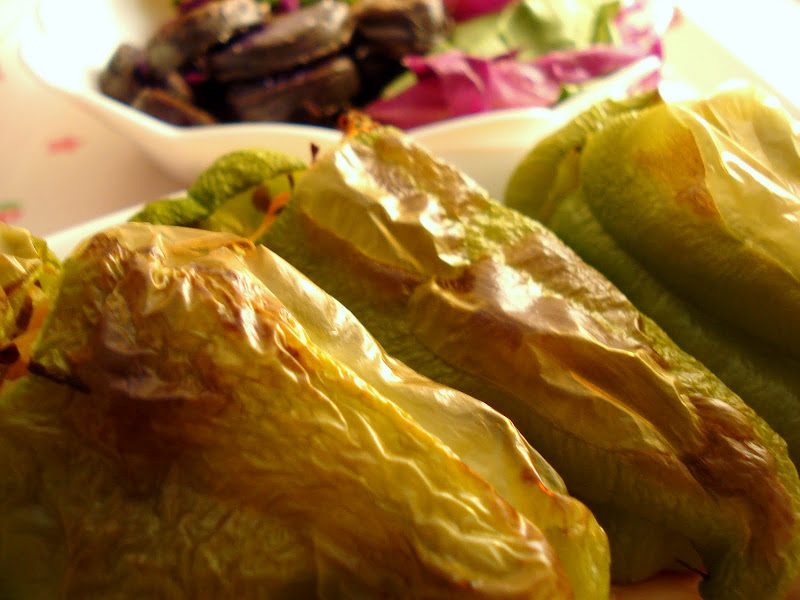 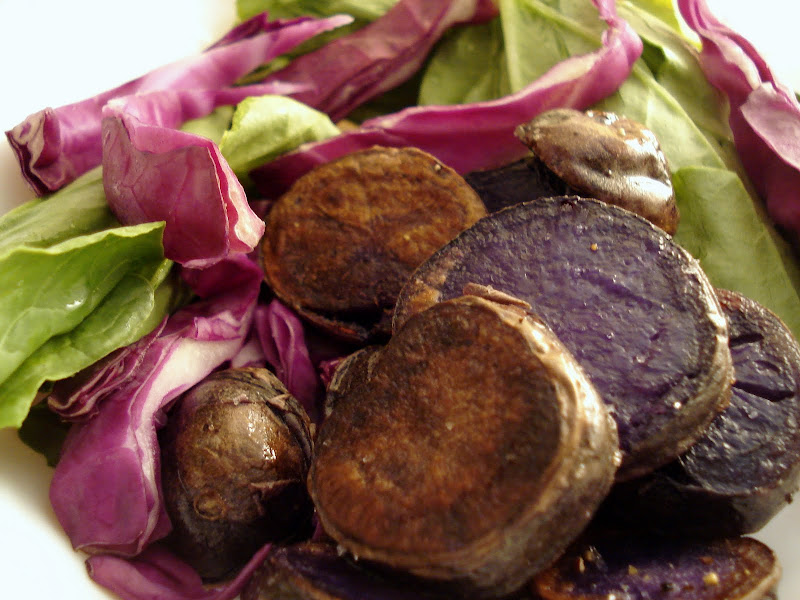 They taste just like the regular ones, but the color is dramatic 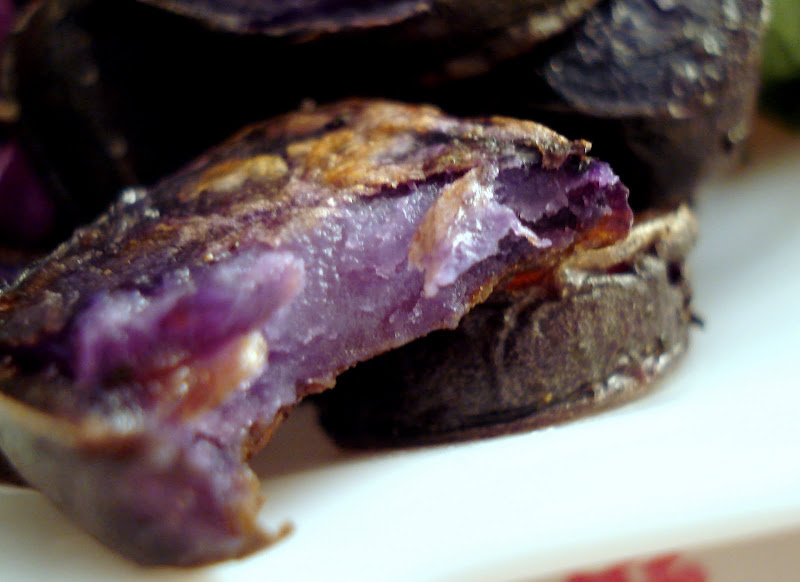 Crispy around, soft inside. 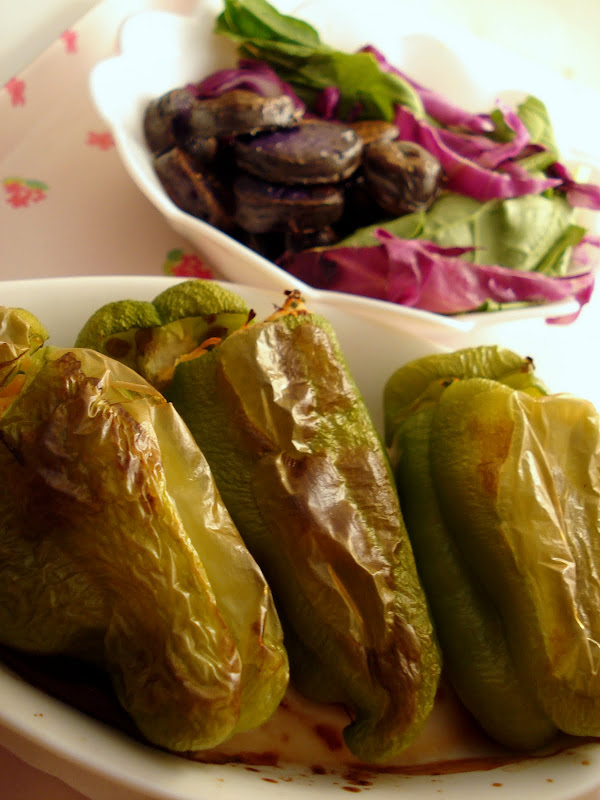 This is a salad of unohana or okara (soy fibers). I have eaten too much chocolate cake and chocolate sweets, so I needed to compensate…

Okara
This sort of powder is a by-product when you make soy milk or tofu. It’s the fibers that are left after filtering the milk.

This sort of magnolia is unohana, and as it ressembles, okara is also called that way.

I rehydrated it, added tomato paste, spices, soy sauce, salt, garlic and cooked it. Then capers, sweet peppers, negi leeks and the vinegar or the capers.
That vaguely looks like tabouleh, but it is very filling due to the high fiber content.

That’s a lazy brunch. Corn cream soup is the main dish. It’s one of the few Western soups Japan has totally adopted. In Winter, all vending machines sell corn cream…
Years ago, when I was a student, I was participated to an exchange program to study Japanese and we were staying one month in a cheap hotel for businessmen. They served dinner, and every night they served us… corn cream. I ended up hating it… That’s forgotten.

Let’s see the side dishes first.
You can see I had moffles, it’s convenient and I’m finishing the mochi stock.

As you see, I had a side dish of red bell pepper. The seasoning is simply salt, pepper and a few drops of a flavorful oil, argan oil, huile d’argane that I received as a gift from Morocco. It’s really delicious.

Shungiku are chrysanthemum leaves, with bits of smoked cheese.

I make it from a can or frozen boiled corn kernels.
In the blender :
1 cup of drained corn kernels
1 ts of corn starch
1 ts of skim milk powder
salt, pepper (to taste)
Water.
Mix, and cook 2 minutes. Add a few whole kernels, reheat.

One way is to add a noisette (ts) of butter… you see it melting here.
Or as below, with bits of red cheddar.