Are not visitors disappointed ? A food blog from Osaka with so few sushi… It’s Japan, so we are supposed to eat some at every meal.
That’s not really the case, but we have some. I don’t try to replicate the restaurant style, but anyway what we are proposed here tends to differ from the horr… , I mean, the offer, in the West. There are many regional variations. I try to prepare the original home-made ones…

If there is no rice or nor no vinegar (citrus juice/fermented sake), it is not a sushi. Consider using another name. Well, the concept is large enough to play around with shapes and toppings.

Personal opinion : what makes a good sushi, is :

ONE : the rice, quality (Japonica or Arborio, which is a Japonica anyway) and good preparation.
TWO : there should be a way to distinguish a sushi and a hamburger (I mean no ketchup, no cheese, no fries…) 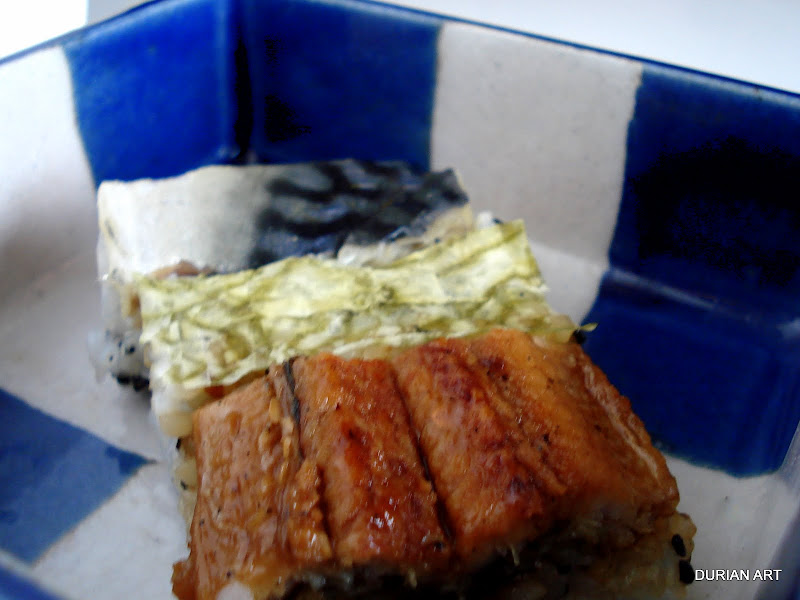 Osaka sushi
They are the oldest style, before the custom of eating raw fish.

Chirashi-zushi
Display sushi, not shaped, served in a wide dish for many guests.

Oshizushi. Pressed in a box, like those of Osaka
inari-zushi (tofu pockets)
Aburi-zushi (flamed) 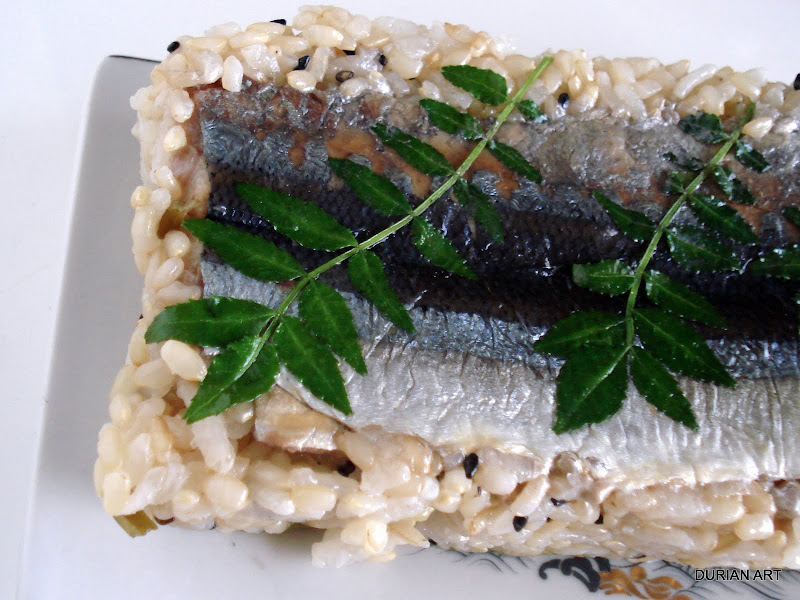 Sakezushi, sake sushi. Sushi made without vinegar, only Japanese sake rice wine. It gets sour naturally. 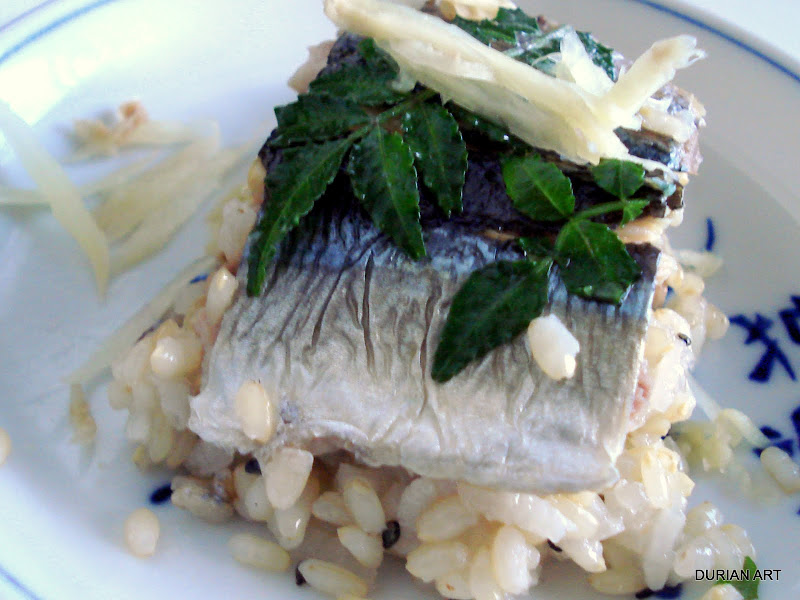 That’s not my invention. It’s specialty in Kagoshima, on Kyushu island. The legend says that on a party night a merry lord poured his sake over food just before falling asleep. When he woke up, he ate the food and found the taste delicious.

It’s a nice story, very unlikely. As you may know, sushi was at the origine a technique to preserve fish, cooked fish. The rice was not eaten. Vinegar or sake were added for preserving properties. So sake sushi has been very common, hundreds of years ago. 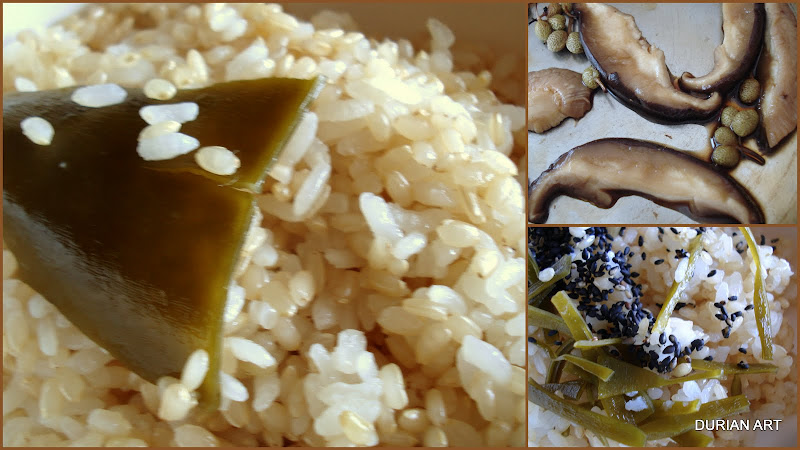 The rice : genmai (brown) and mochigome (sticky),cooked al dente with kombu. The piece of kombu cut in ribbon. Freshly roast black sesame. A little salt. 1/3 of the sake.

The center : A shiitake mushroom simmered in sansho tsukudani. 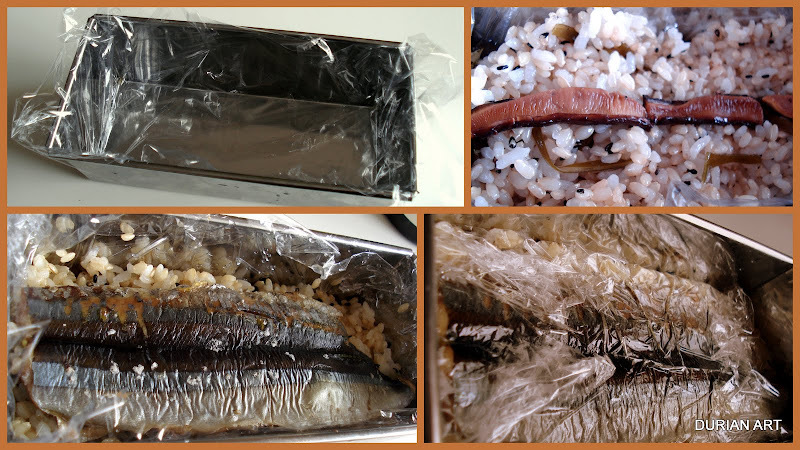 Everybody in Kansai owns a special wooden box for that. I do… it’s somewhere. But where ? I used a pound cake case. Not the best idea with brown rice.

Half of the rice mix
The mushroom bits in a line in the center.
The rest of the rice.
The grilled (or salted) fish.
The 2/3 of sake poured on the fish.

After a few minutes wrap. After 2 hours at room temperature, add kinome leaves on the fish. Re-wrap. Put a tissue paper on top. Press.
Let 2 hours to 2 days in the fridge. 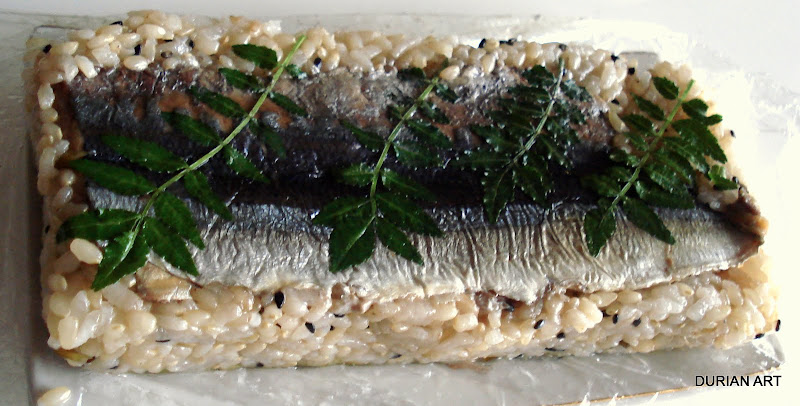 If you press enough, and if your rice is well cooked (vs al dente here), you get a bar of oshizushi (pressed sushi) that you can cut.
Serve with grated pink ginger. 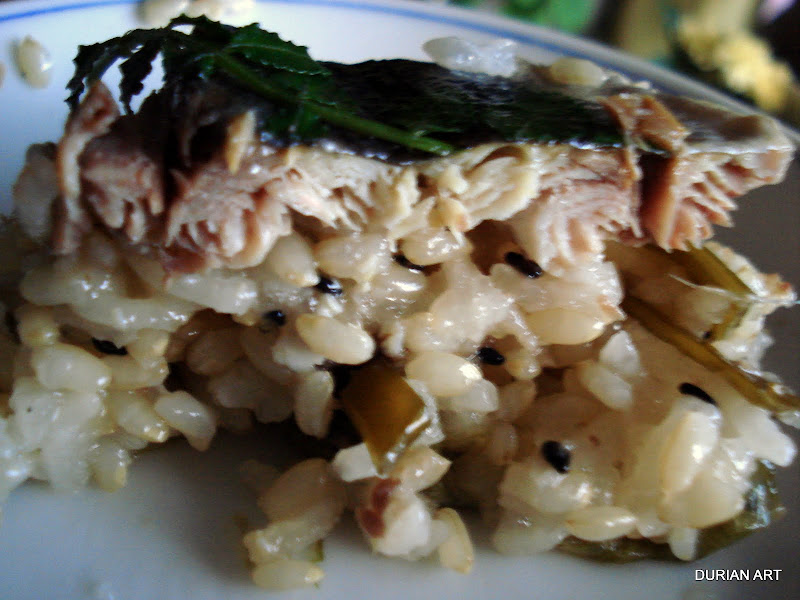 Not your usual sushi. The flavor is difficult to describe. Sweet, fermented, fragrant, fish, woody… a rare harmony. You have to try it. 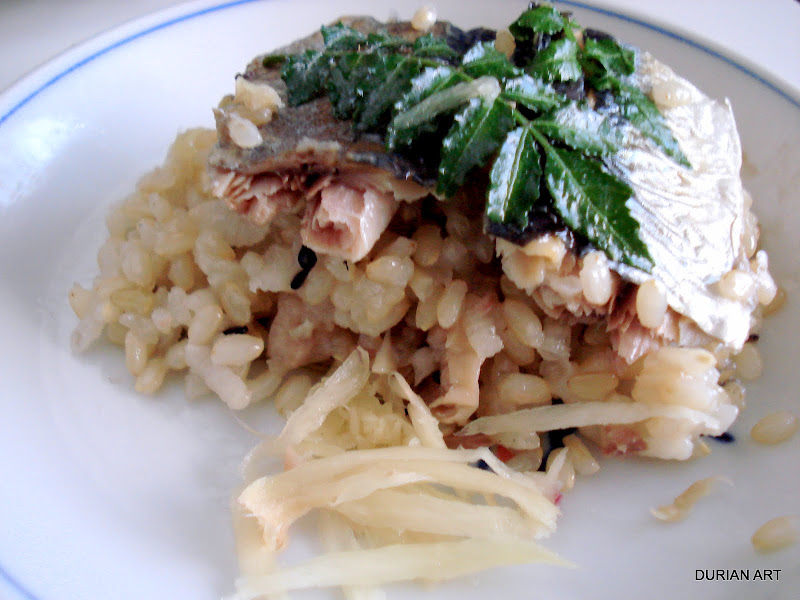