I’ve let raise too much before baking, but only the shape is affected.

It’s even better the next days… if there is some left.

Bake a nice bread loaf, and enjoy a a simple but delicious fresh lunch…

The fromage frais (fresh cheese) is home-made. The new onions have been salted, let a while and rinsed, so they are still crunchy but have lost all harsh after-taste. The favas (broad beans) make the Spring.
Mmmmm… 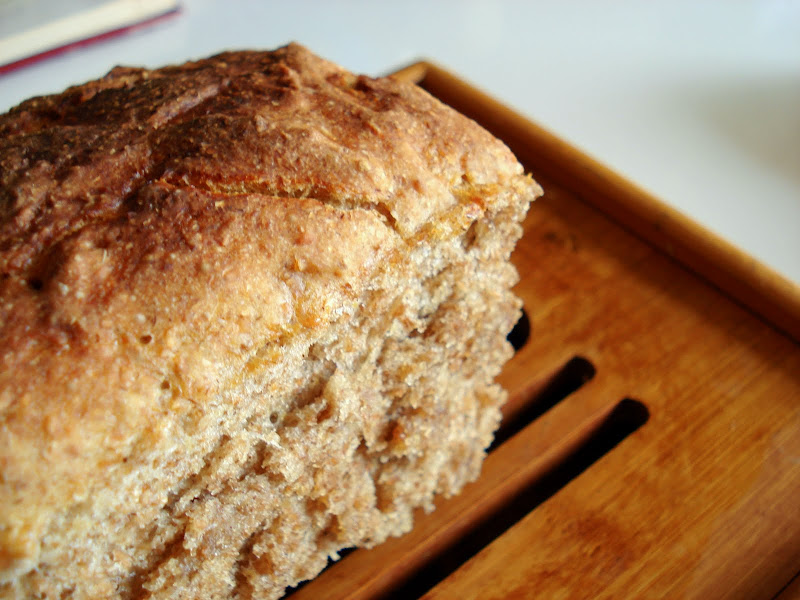 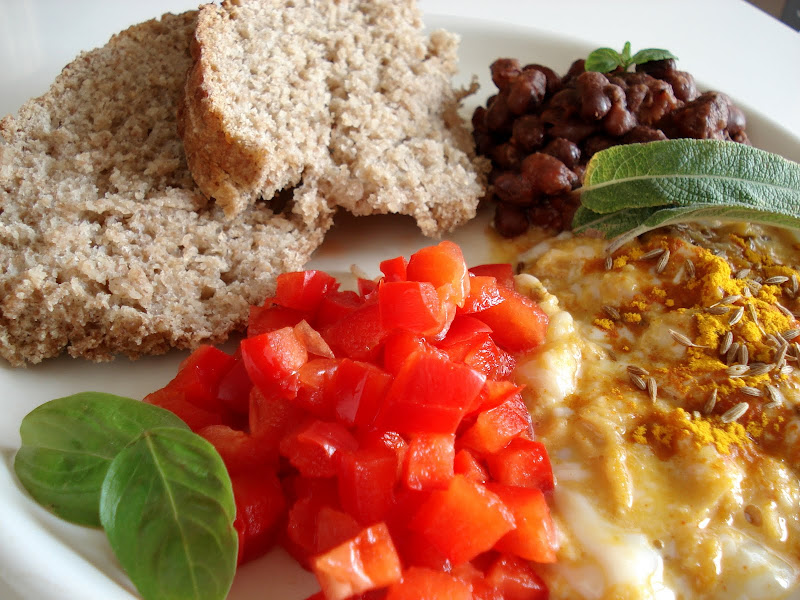 Summer brunch. I won’t make a novel of it. 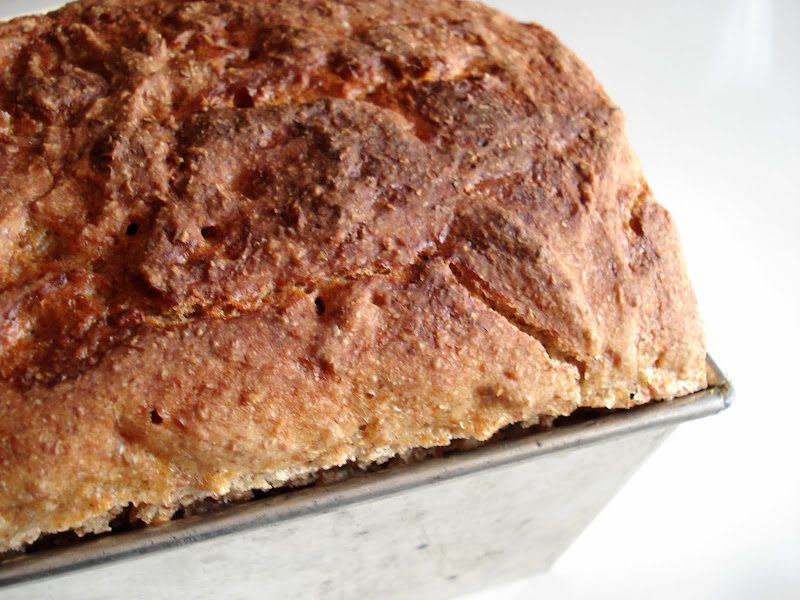 Home-baked rye bread. Well, it’s 75% rye, the rougher flour I got. With a poolish (sponge), fermented one night. That’s the closest I get to full rye black. Well so far. Work in progress. I need to improve otherwise the German bakers will abuse of my black bread addiction and will ruin me.

Making of this bread
(temperature is 35 degree C, it’s humid, great conditions…) :
A-mixed 1/2 ts of beer yeast and 5 of wheat flour, water. let 12 hours
B-added half of rye flour (125 g), water, 1 ts of brown sugar, wait 1 hour (time for rye to get wet). did a kneeding cycle in home bakery. let 4 hours
C-added the other half of rye flour (125g), salt, wait 1 hour. Then added enough wheat flour to get a nice dough. a kneeding cycle in home bakery. let about 4 hours
D-added a little more wheat flour, sunflower seeds, put in the mold. let 40 minutes (till volume doubles), while heating the oven.
E-baked 30 minutes, with water sprayed on bread before starting and a cup of icecubes on the oven tray to steam. let one night

The “poolish” (doesn’t sounf like but it’s a French term, in English it’s usually called “sponge”) is the first half of ingredients mixed the day before. It’s possible to add the yeast in 2 steps too (for a whiter bread). It’s short-cut to sourdough process.
This bread had (just out of the oven) a too strong yeast flavor (that decreased later). Ideally, a natural sourdough without yeast is better. Rye is different. Recipes with wheat and less than 40% of rye work well. With mostly or only rye,
, it raises less, differently, the dough doesn’t make a paste and it’s easy to “fail”. Don’t wait enough, not enough sourdough/yeast/wheat flour and you obtain a black brick instead of bread. Wait too long, yeast/sourdough taste is horrid. So I’m happy with this batch, despite imperfections. In many previous tries, I couldn’t eat the object I obtained. 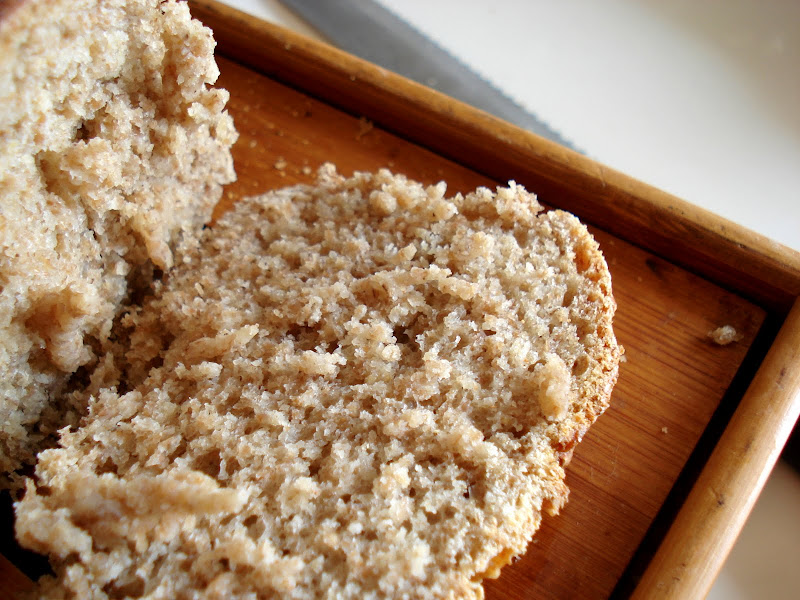 A bit soft. It’s better the second day. Actually, we shouldn’t eat bread the day it’s baked. What about the third day ? It’s not bad enough to last that long. I’ll try will power. 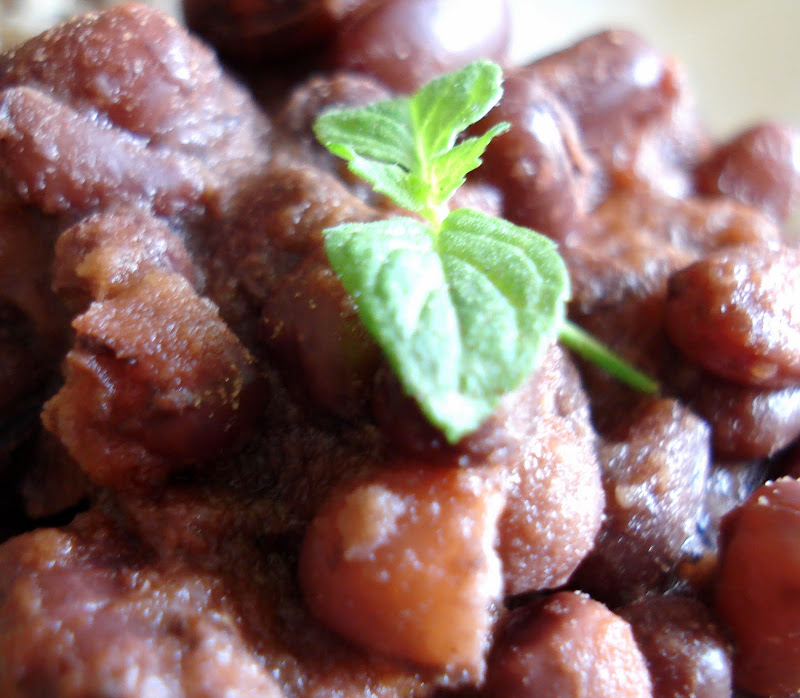 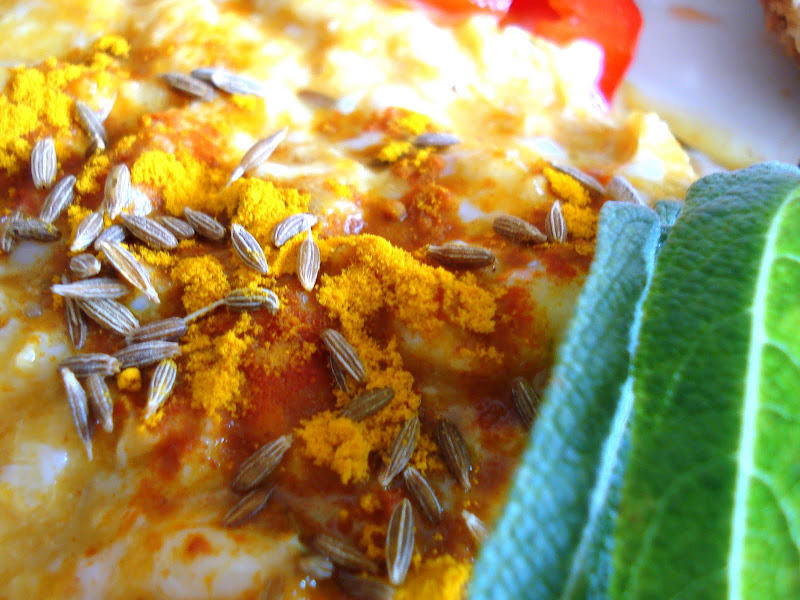 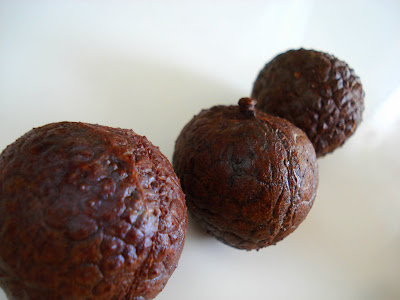 A few litchees. Being close to China, we get green and pink ones in season (Spring that was). I get them easily all year, for cheap as they sell them frozen. Maybe that’s the fruit that passes the ice test with the best marks. Except they are wet, the texture and flavor are indisguishable from the fresh ones eaten near the tree. 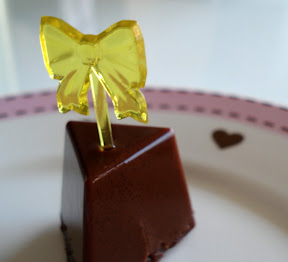 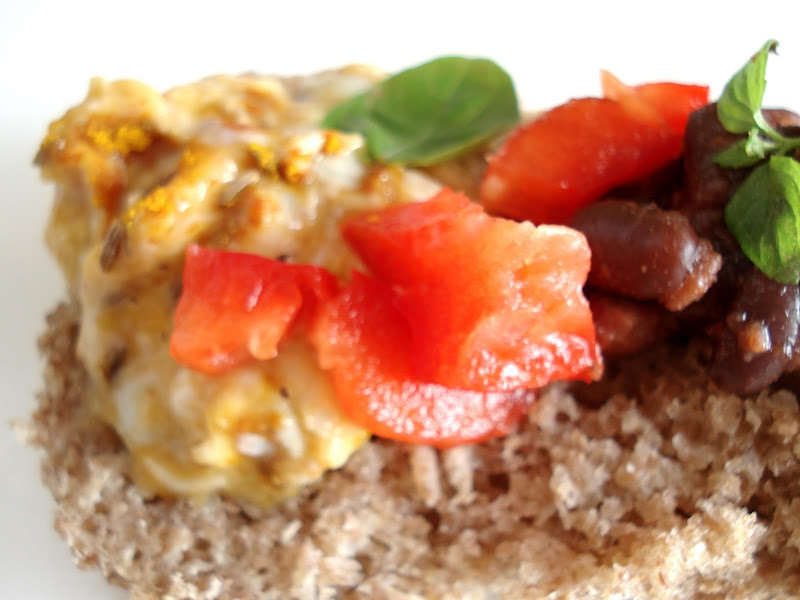 In French “se lever du pied gauche” or “to get up on the left foot” means you are a bit clumsy, in a bad mood, etc, that day. My mood was OK, but I did stupid things with my bread… the brain was not well connected.

I had kept that bubbly stuff a few days in my fridge… that was dough from the bagels. I took it out to warm up a few hours, bubbles inflated. I added wheat flour first, that was OK till that point.
The next morning, adding all the coarse rye flour and not enough water (forgotten pfff…) was… not a good idea. The home-bakery didn’t mix it well. Even with the water added too late.

Then I should have remembered that the dough made from surdough is always so sticky and weird textured… As there were lumps not well mixed in, I tried to finish kneeding with my fair hands.
At the end I had dough sticking on my arms till the shoulder.
And that was the best shaped possible.

Over-inflated… crust too dried… Ooops, forgot to prepare the oven.
I push the WRONG button and heat it maxi, like for a pizza. I see it at the end, too late. So, I stop it all and put the bread in …. how long ? It’s big 25 min (standard choice if my oven decides) is never enough for such a loaf. Let’s program 50 min and I’ll check at 40 minutes.

4 hours later … Oh my ! The bread ! Yep, still in the oven.
That’s rustic and solid. I nearly broke my knife. The crust is seriously thick !
Fortunately, after scrubing a few bits of black, it’s very good.
With good ingredients, and several day of letting the surdough do its job, it seems you can’t miss your bread.