A compil of French first dishes…

Pâté means both a meat terrine and a pie. That depends…

Or you can simply serve eggs :

Salade composée. One plate salad meal. The plants and the meat. Well, not really meat tonight, eggs and fish.

These were cut in ribbons and briefly steamed with a branch of rosemary.

The photo indicates the composition. There is lemon juice too, and seaweed konnyaku (the green square).
Confession : A little paprika on the eggs because I over-cooked them and they were turning green too.

The fish and the edamame are sti-fried together. For the dressing, I simply pour it on top : tarragon white wine vinegar, olive oil, herbs, salt and pepper. I mix as I eat.

That’s not the a party in Japan, that was just for the fun traditions. That seems very frugal. That depends on your point of comparison. Most people in Japan simply ate fried chicken, yes, the infamous fast-food bucket of greasy starch with bits of meat sometimes hidden in the middle. Ads tell them you should have chicken for Xmas. I’ll ignore that trend.

That’s short, because there are 13 desserts and even if that’s not what you may imagine, I didn’t want to burst.

I know my candles look even more retro. Caveman style. That’s a mistake. I thought I have bought a pack of plate-warmer candles. I could have put them inside glasses, that’s pretty. But when I opened the package I saw those what-you-call them to cook a fondue. At least, I had a Christmas fire.

Salmon eggs are not caviar, but they used to be a rarity, something for occasions. I like them anyway.
That couldn’t be simpler. Salad, radish, croûtons and salmon eggs.

The rest of the meal in next posts : 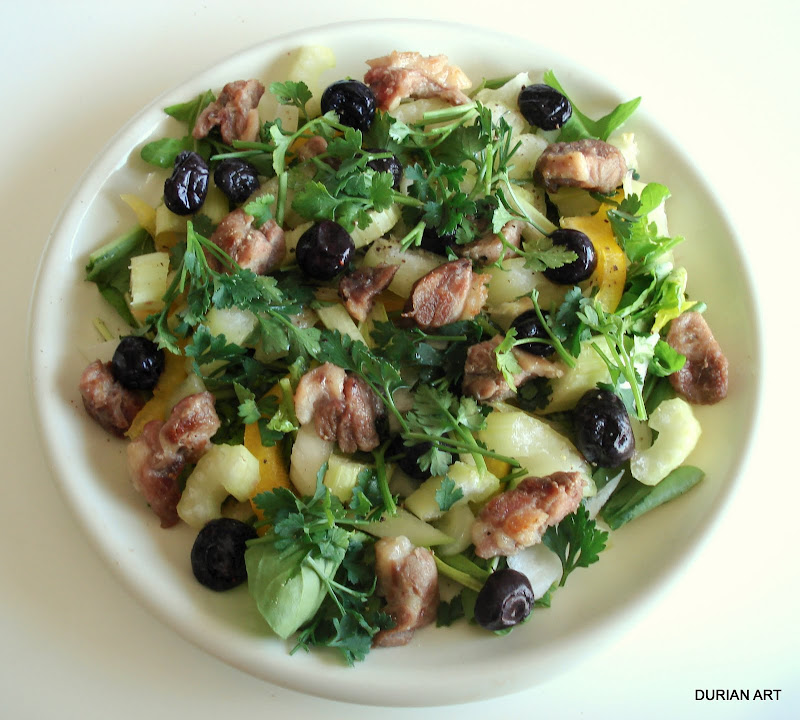 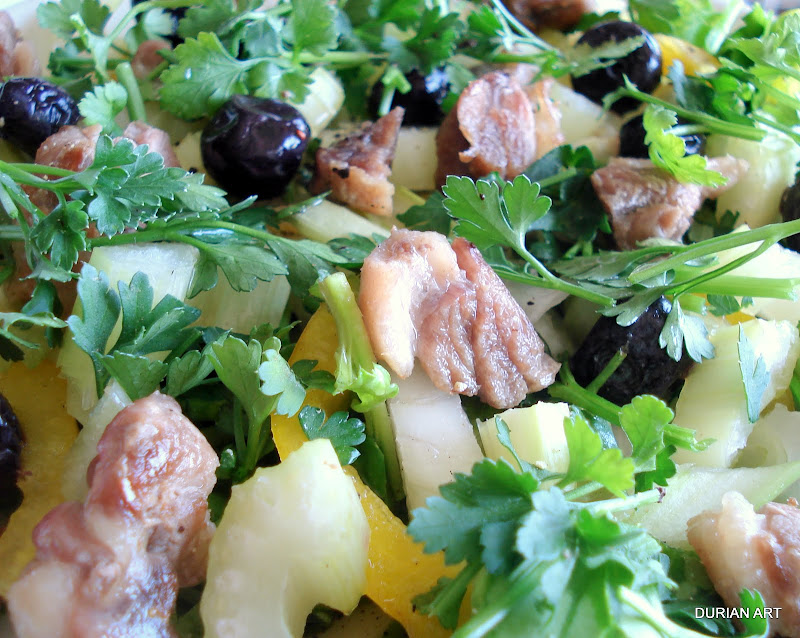 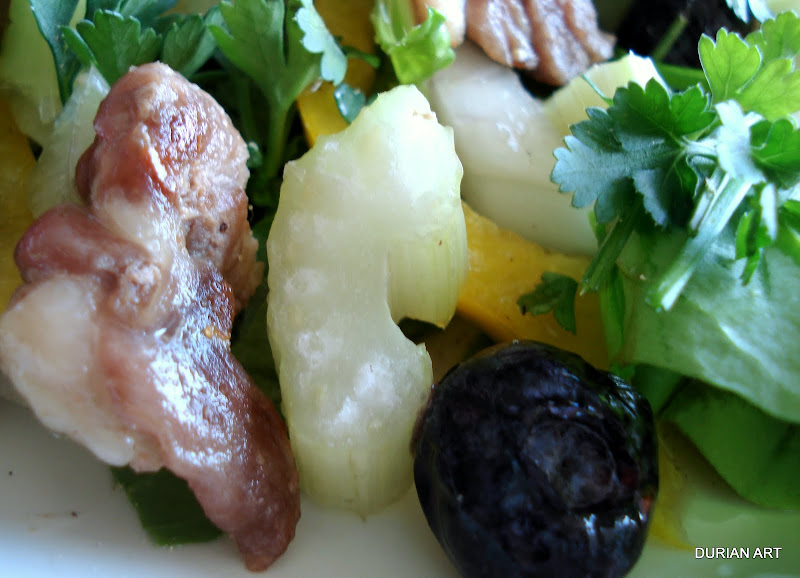 The second berry touch is in raspberry flavored wine vinegar used to “deglace” (clean ?), the duck fat in the pan. Poured hot on the salad. 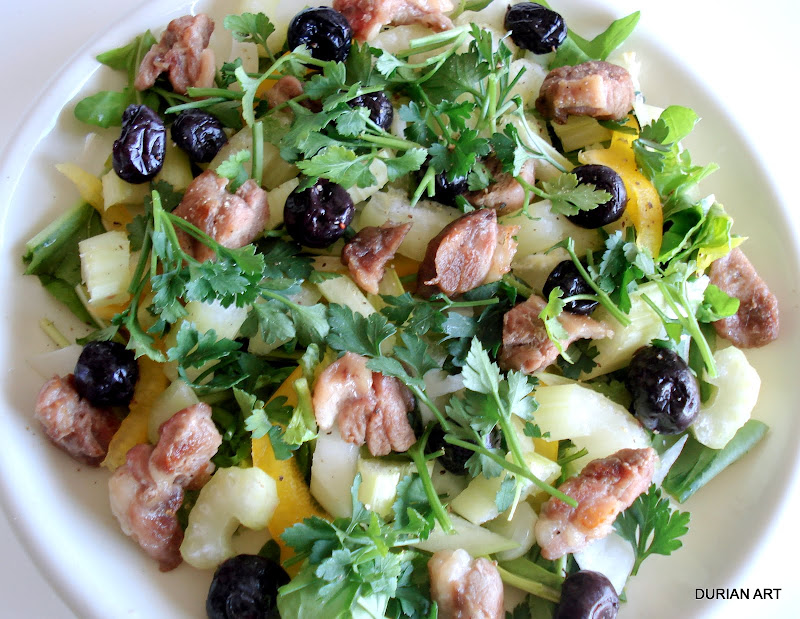