I wanted to eat a few moricettes…
So I baked a whole batch of assorted bretzels.

Bread dough, with surdough (from the day before). For the malty touch, I add roast wheat … 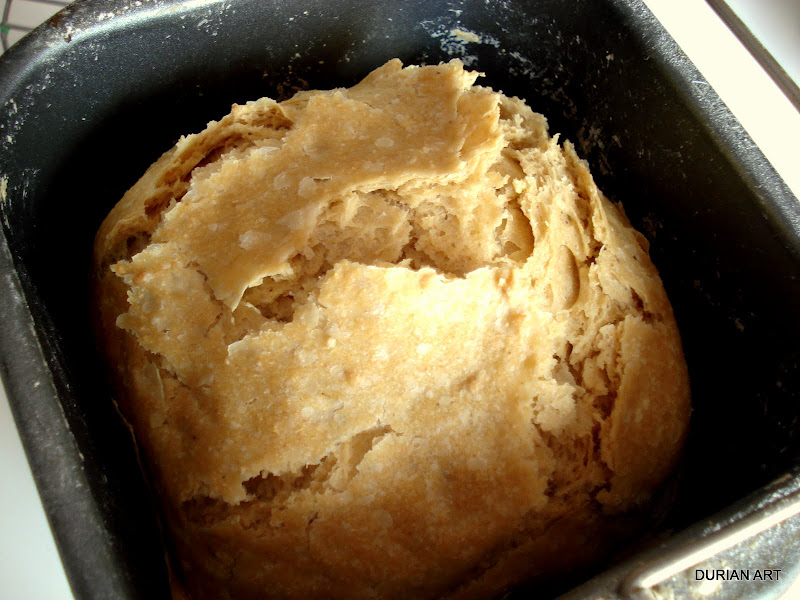 Thankies again Kiki.
Old Kiki is a witch. She is my home-bakery, a simple model, 10 yr old, hard-working. Do you have a home-bakery ?

I understood she was brave the other day. Why ? Well, I’m supposed to use sourdough or yeast. The problem is the yeast and baking powder have both the same type of yellow package. So, I was surprise my *yeast* was not bubbling much and attributed that to the cold. I added a little more and va va boom, launched the machine.
The bread was thicker than usual, but not bad in toasts. I was a little disappointed.
Next day, I find my package of yeast unopened, brand new from the shop… you’ve got it. The bread was made with baking powder. 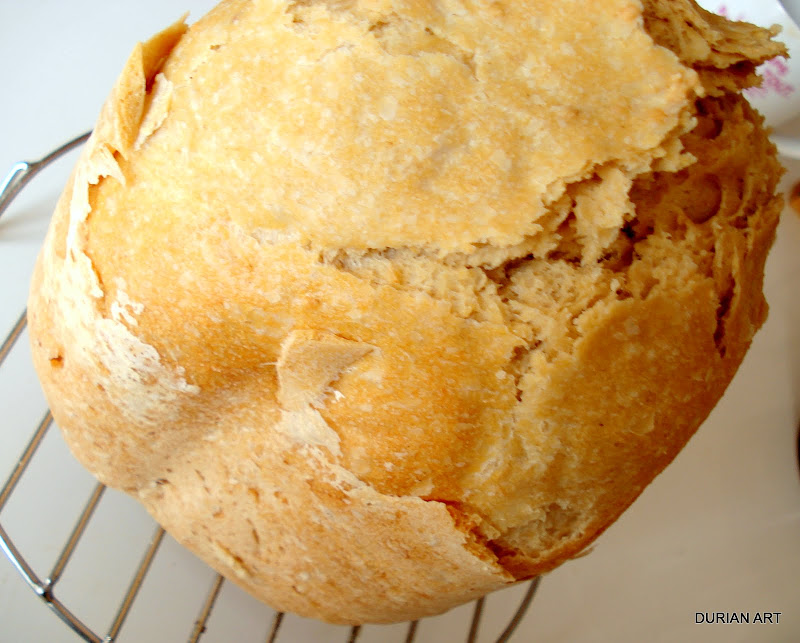 Yesterday I fed her yeast ! Super bubbly.
She made this good crispy outside, tender inside French loaf last night. 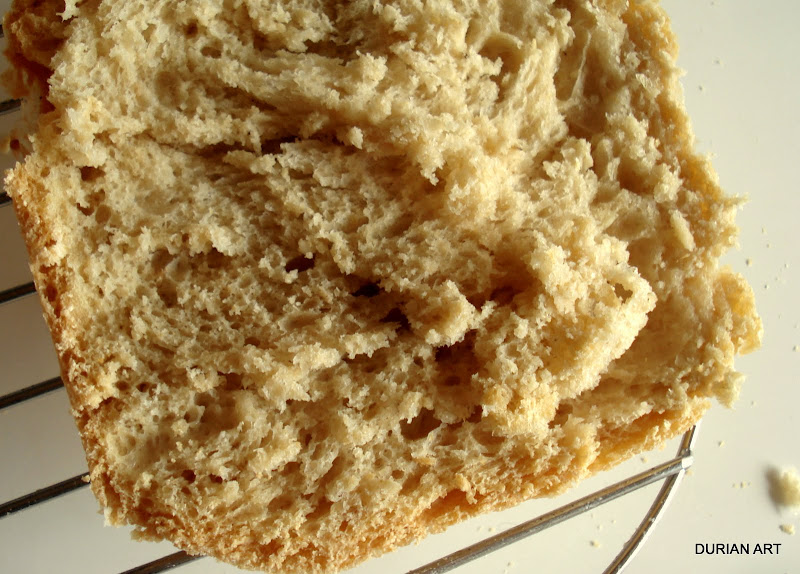 During my dreams…
Sourdough bread from the machine. Improved recipe : It went through the program, rested a days, started again. It’s quicker than to go down and buy some industrial bread. Bakers are even further away. Some are great, but so expensive. 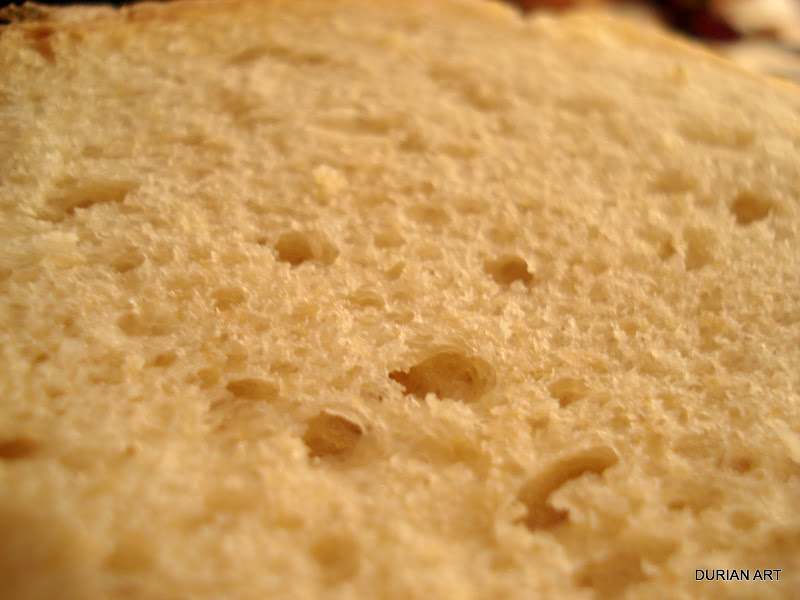 When Kiki was young, she was not making very good pain bread. Well, in French bread brain, we have a zone for pains (just flour bread) and brioches (with egg, butter, milk, cream, whatever…). That was easy to get a sweet loaf, not to obtain a tasty and well textured unflavored bread. So I tried yeasts and flours, experimented. Now, it’s a mix of bread flour and AP flour, and always pro yeast (either directly or via sourdough). I add either roast wheat germs or a fancy flour or nuts or nuka rice bran. 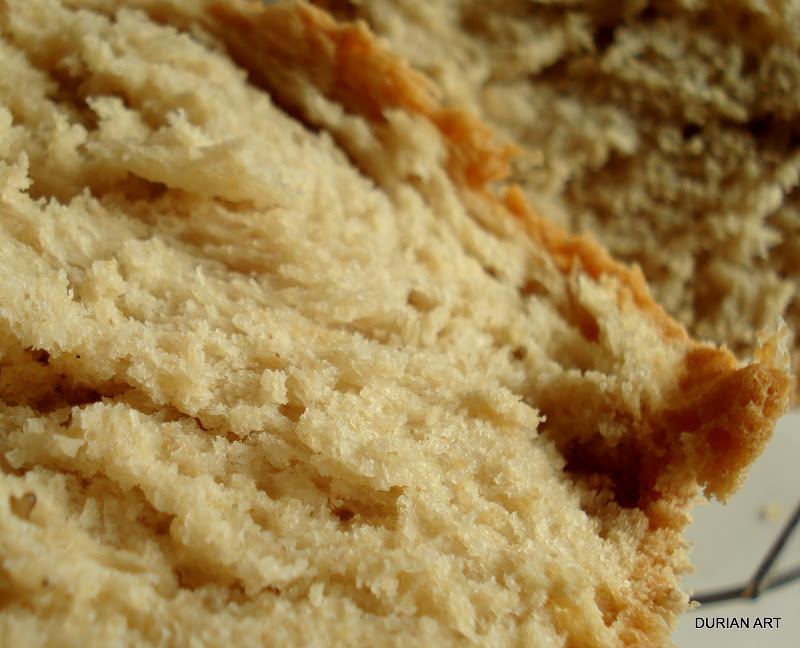 Color is due to nuka rice bran and sesame seeds. 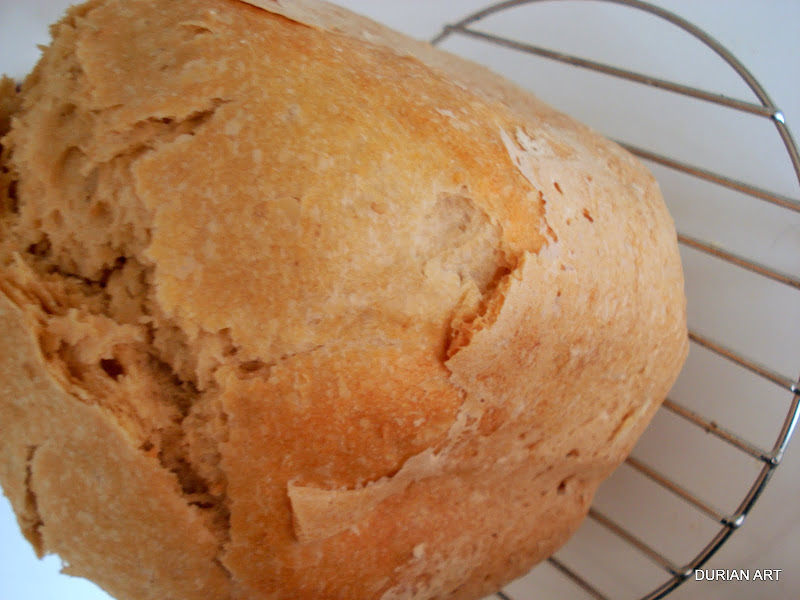 I wanted to eat a few moricettes…

So I baked a whole batch.

Bread dough, with surdough (from the day before). For the malty touch, I add roast wheat germs.

They get out yellow. Add more yellow from egg yolk diluted in water. And bake till they turn brown.

Moricette au sel. I give the French names… I don’t know others. They are also called malicettes, minicettes or spelled mauricettes. I think a company registered the “moricette” brand so other shops had to change. That’s not fair.

I also made balls, a bretzel, a bagel…

This last one is dessert, sweetened with yellow cane sugar. It’s a singer. Yeah, with anise seeds. It’s moricette a l’anis . I wonder if her parents (or her management) gave her the name on purpose.

In French “se lever du pied gauche” or “to get up on the left foot” means you are a bit clumsy, in a bad mood, etc, that day. My mood was OK, but I did stupid things with my bread… the brain was not well connected.

I had kept that bubbly stuff a few days in my fridge… that was dough from the bagels. I took it out to warm up a few hours, bubbles inflated. I added wheat flour first, that was OK till that point.
The next morning, adding all the coarse rye flour and not enough water (forgotten pfff…) was… not a good idea. The home-bakery didn’t mix it well. Even with the water added too late.

Then I should have remembered that the dough made from surdough is always so sticky and weird textured… As there were lumps not well mixed in, I tried to finish kneeding with my fair hands.
At the end I had dough sticking on my arms till the shoulder.
And that was the best shaped possible.

Over-inflated… crust too dried… Ooops, forgot to prepare the oven.
I push the WRONG button and heat it maxi, like for a pizza. I see it at the end, too late. So, I stop it all and put the bread in …. how long ? It’s big 25 min (standard choice if my oven decides) is never enough for such a loaf. Let’s program 50 min and I’ll check at 40 minutes.

4 hours later … Oh my ! The bread ! Yep, still in the oven.
That’s rustic and solid. I nearly broke my knife. The crust is seriously thick !
Fortunately, after scrubing a few bits of black, it’s very good.
With good ingredients, and several day of letting the surdough do its job, it seems you can’t miss your bread.

Behind the daikon radish tsukemono, a plate with kuro-goma bread, ume jam, a few baby okras, autsraembert cheese*, a few seeds of pumpkin and goji berries.

The Japanese plum is taken green, when it’s still very acid and perfumed. They are good during the rainy season, “the ume rains” in Japanese.
When it’s ripe, it’s watery, less interesting. To make umeboshi (salty ume) and umeshu (ume liquor), the plum must be perfectly green and not bruised anywhere. If they are not fit… they sell them to foreigners for 60 yen (half the price of a small can of soda) for 3 kg.

Ume quick jam.
I pasted a cup of ume and a very ripe kiwi, simmered 5 minutes with 2 tbs of honey. That can be kept a few days in the fridge.